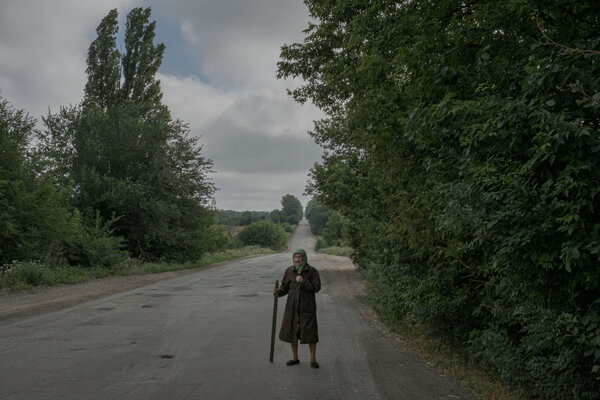 There are two kinds of people in the world: Those who believe the defining challenge of the 21st century will be climate change, and those who know that it will be the birth dearth, the population bust, the old age of the world.

That kind of column opener is a hostage to fortune. If I’m wrong, it might be quoted grimly or mockingly in future histories written with New York underwater and Texas uninhabitable.

But it’s important for the weird people more obsessed with demography than climate to keep hammering away, because whatever the true balance of risk between the two, the relative balance is changing. Over the last 15 years, some of the worst-case scenarios for climate change have become less likely than before. At the same time, various forces, the Covid crisis especially, have pushed birthrates lower faster, bringing the old-age era forward rapidly.

The latest evidence is the news from China this week that its population declined for the first time since the Great Leap Forward, over 60 years ago. A tip into decline was long anticipated, but until recently it wasn’t expected to arrive until the 2030s — yet here it is early, with the Chinese birthrate hitting an all-time recorded low in 2022.

This means that just as China emerges as an almost-superpower, it’s staring into a darkened future where it grows old and stagnant before it finishes growing rich. Meanwhile, variations on that shadow lie over most rich and many middle-income nations now — threatening general sclerosis, a loss of dynamism and innovation, and a zero-sum struggle between a swollen retired population and the overburdened young. (The week’s mass protests in France over Emmanuel Macron’s plan to raise the retirement age from 62 to 64 were a preview of this future.)

So it’s worth thinking about some rules for the age of demographic decadence — trends to watch, principles that will separate winners and losers, guideposts for anyone seeking dynamism in a stagnant world.

Rule No. 1: The rich world will need redistribution back from old to young.

In recent decades we’ve seen many cases of technocrats proven wrong in their assumptions — from the widespread belief that we needed deficit reduction almost immediately after the financial crisis, to the unwise optimism about the effects of free trade with China. But in an aging world, the technocratic desire to reform old-age entitlements will become ever more essential and correct — so long as the savings can be used to make it easier for young people to start a family, open a business, own a home. And countries that find a way to make this transfer successfully will end up far ahead of those that just sink into gerontocracy.

Rule No. 2: Innovation isn’t enough; the challenge will be implementation and adoption.

If you want growth in an aging world you need technological breakthroughs. But as the economist Eli Dourado noted in a recent piece about the effects of the new A.I. technology, the big bottlenecks aren’t always in invention itself: they’re in testing, infrastructure, deployment, regulatory hurdles. And since aging, set-in-their-ways societies may be more inclined to leave new inventions on the shelf, clearing those bottlenecks may become the central innovator’s challenge.

Rule No. 3: Ground warfare will run up against population limits.

You can see this dynamic already in the Russia-Ukraine war. Vladimir Putin’s mobilization efforts aren’t what they presumably would be if his empire had more young people. Ukraine, with lower birthrates even than Russia, faces a deepening of its demographic crisis if the war drags on for years. The same issue will apply to Taiwan and other flash points: Even where strategic ambitions militate for war, the pain of every casualty will be dramatically compounded.

Rule No. 4: In the kingdom of the aged, a little extra youth and vitality will go a long way.

This is true internationally: Countries that manage to keep or boost their birthrates close to replacement level will have a long-term edge over countries that plunge toward South Korean-style, half-replacement-level fertility. And it will be true within societies as well: To predict the most dynamic American states and cities, the most influential religious traditions and ideologies, look for places and groups that are friendliest not just to the young but to young people having kids themselves. (Also, expect to have a lot more Amish neighbors.)

Rule No. 5: The African diaspora will reshape the world.

The faster aging happens in the rich and middle-income world, the more important the fact that Africa’s population is still on track to reach 2.5 billion in 2050, and reach four billion by 2100. The movement of even a fraction of this population will probably be the 21st century’s most significant global transformation. And the balance between successful assimilation on the one hand, and destabilization and backlash on the other, will help decide whether the age of demographic decline ends in revitalization or collapse.