The family of Alireza Akbari, the former Iranian deputy defense minister executed for treason, have blamed a friend for leading the dual British-Iranian national back to Iran and into the hands of the regime. Iranian state media announced the execution of Mr Akbari on Saturday amid country-wide anti-government protests that have threatened to topple the decade-old Islamic Republic.

Speaking from London Mr Akbari’s wife, Maryam Samadi said: “I am just shocked – we saw no reason or indication for the charges. We could have never imagined this, and I don’t understand the politics behind it.”

Meanwhile, his brother Mehdi Akbari, said: “The accusations against him are purely based on forced confessions under extreme duress.”

He informed The New York Times that Mr Shamkhani had enticed Mr Akbari to Iran, claiming that his presence was necessary for the country’s security and defence needs.

Upon arrival, he was promptly apprehended and interrogated, as per his statement.

According to Mr Akbari’s brother, Mr Shamkhani has subsequently avoided any contact with the Akbari family and has attempted to disassociate himself from the situation.

The hanging of Akbari elicited swift condemnation from London, as well as the US and other nations, which have imposed sanctions on Iran due to the protests and its provision of bomb-carrying drones to Russia, which are now being used against Ukraine.

Prime Minister Rishi Sunak declared: “This was a callous and cowardly act, carried out by a barbaric regime with no respect for the human rights of their own people.”

In response, Foreign Secretary James Cleverly summoned Iran’s chargé d’affaires in the United Kingdom and temporarily recalled Britain’s ambassador from Tehran, while also imposing sanctions on Iran’s prosecutor-general. He warned: “Our response to Iran is not limited to today.”

Iran: Protests against the regime continue in Azadi Square

Iran also summoned the British ambassador following the execution. Iran’s Mizan news agency, affiliated with the country’s judiciary, announced Akbari’s execution without specifying when it had occurred, though there were rumors he had been hanged earlier.

Tehran has claimed, without providing any evidence, that Akbari served as a source for Britain’s Secret Intelligence Service, known as MI6.

Iran’s judiciary issued a lengthy statement alleging that Akbari received large sums of money, his British citizenship, and other assistance in London in exchange for providing information to the intelligence service.

Akbari, who operated a private research organization, is reported to have been apprehended in 2019, however, information about his case only became publicly known in recent weeks.

Those who are charged with espionage and other offenses related to national security are usually tried in secret courts, where rights groups claim defendants do not have the ability to select their own attorneys and are not permitted to view the evidence against them.

The BBC Farsi-language service broadcasted an audio message from Akbari on Wednesday, in which he described being subject to torture.

“By utilizing physiological and psychological methods, they broke my willpower, drove me to madness and forced me to do whatever they wanted,” Akbari said in the audio. “By means of gun and death threats they made me confess to false and corrupt claims.” 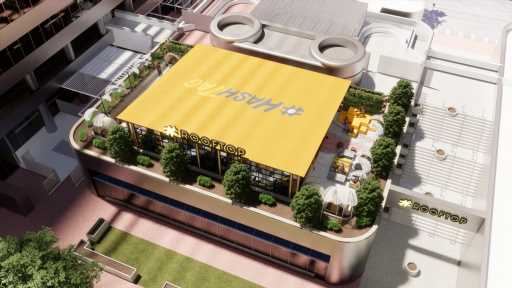