Rishi Sunak is set to introduce a law that will allow employers to sack staff and sue trade unions, as well as limit the right to strike. The Prime Minister is planning to announce legislation to enforce “minimum service levels” during industrial action in several sectors, including health, rail, fire, education and border security.

Under the laws set to be announced as soon as Thursday, a proportion of union members will be forced to continue working even if they have voted to strike to maintain a “minimum service” level.

According to The Times, a Government source involved in discussions about the Bill said that industrial action could be deemed illegal if unions refuse to provide the minimum level of service.

Employers could sue unions and union members who were told to work under the minimum service requirement.

They said: “This legislation will remove the legal immunity for strikes where unions fail to implement a minimum level of service.

“The strikes will be illegal.

“Ultimately, people could be fired for breach of contract.”

A Government spokesman added that it was “not our intention to penalise individuals” and that the legislation was about ensuring that minimum levels of service were agreed upon in key sectors.

However, trade unions are preparing to take legal action over the plans, arguing that they would be an infringement of the human rights act.

Tim Sharp, a senior employment rights officer at the Trade Union Congress (TUC), said that the plans would be difficult to implement.

He said: “The Conservative Government’s plans would be a significant curb on working people’s fundamental right to strike to defend their pay terms and conditions.

“The measures are unworkable, counterproductive and almost certainly in breach of the Human Rights Act 1998.

“They can expect unions to fight this in parliament and in the courts.”

Unions and the Government would be expected to agree on a minimum service level for each sector.

In the event that no agreement is reached, it will go to arbitration and ultimately ministers will be able to impose a level of minimum service.

However, ministers have backed down from earlier plans to ban NHS workers from going on strike, fearing the possibility of a legal challenge.

They are also expected to shelve plans to increase the threshold for strike ballots, increase the notice period for industrial action and constrain the time periods for strikes. 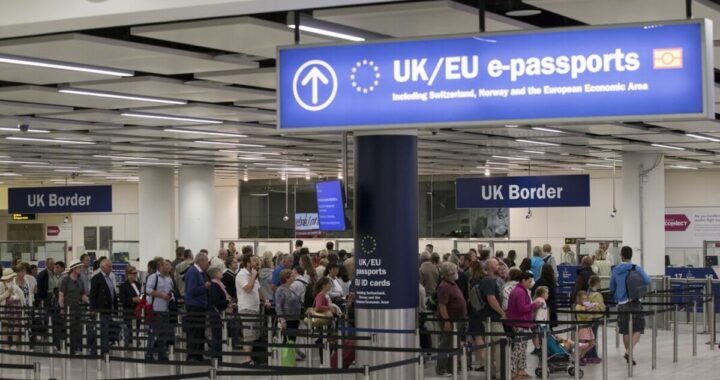 Remainers shut down over passport control queues as they blame Brexit