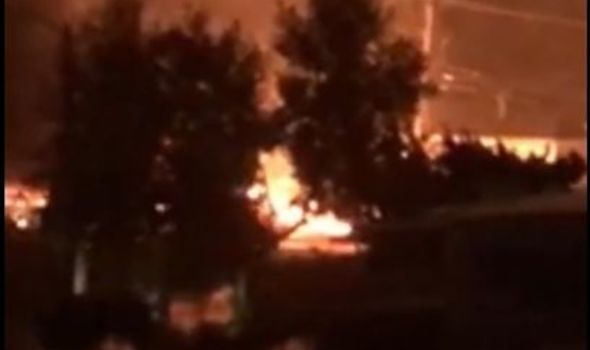 The source of the crash is still being investigated, but early reports suggest the jet clipped power lines on its descent.

A local news outlet CBS News 8 reported that more than 2,500 customers were without power following the crash in the area.

Reports suggest the plane struck at least one home.