A 14-year-old girl has been shot and killed in a Los Angeles clothing shop’s dressing room after police opened fire on an assault suspect.

Police also shot and killed the suspect at the Burlington shop in the North Hollywood area of San Fernando Valley, police said.

A man had been acting erratically and threatening to throw items from the upper floor, witnesses told KCBS-TV. 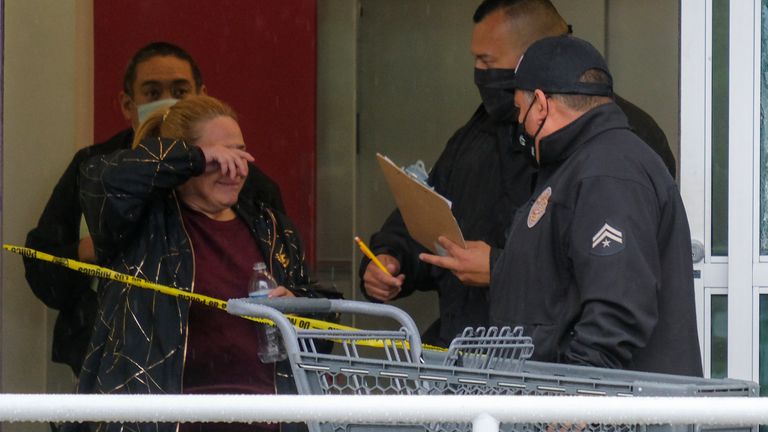 They said he also attacked a woman with a bicycle lock while the shop was crowded with holiday shoppers.

Officers were called to a report of an assault and others of shots being fired, police said.

Investigators did not find a gun at the scene.

Officers shot and killed the suspect at the store but one of the bullets went through a drywall behind the man and hit the girl.

Officers found her dead after seeing a hole in “a solid wall that you can’t see behind”, said Los Angeles Police Department assistant chief Dominic Choi.

Investigators did not know whether she was in the dressing room before the violence started or whether she ran inside to hide, he added.

The names of the girl and the suspect have not been released and the woman who was attacked is not being identified.

Investigators are trying to determine whether the assault was random or targeted.

Mr Choi said they do not believe the teenager was related to the person who was attacked.