Lewis Hamilton has failed in his bid to win a record eighth F1 world title after a last-lap drama in the Abu Dhabi Grand Prix.

After leading for almost all of the race, the 36-year-old British driver was overtaken on the final lap by championship rival Max Verstappen in controversial circumstances.

It means Verstappen took the world title in the season-ending GP.

Reacting to his championship victory, Verstappen called it “unbelievable” and “insane”. Hamilton looked on course for his eighth world title, but after a safety car came on the track to deal with a Nicholas Latifi crash, Verstappen lying in second was given a reprieve.

The Dutchman changed his tyres during the delay and, after lapped cars were allowed to clear the safety car, he and leader Hamilton had a final-lap race in which Verstappen prevailed.

Hamilton said: “Firstly congratulations to Max and to his team. I think we did an amazing job this year. My team, everyone back at the factory, have worked so hard this whole year, it’s been the most difficult of seasons.

“I’m so proud of them and I’m so grateful to be a part of the journey with them.

“This last part of the season we gave it absolutely everything and we never gave up.” 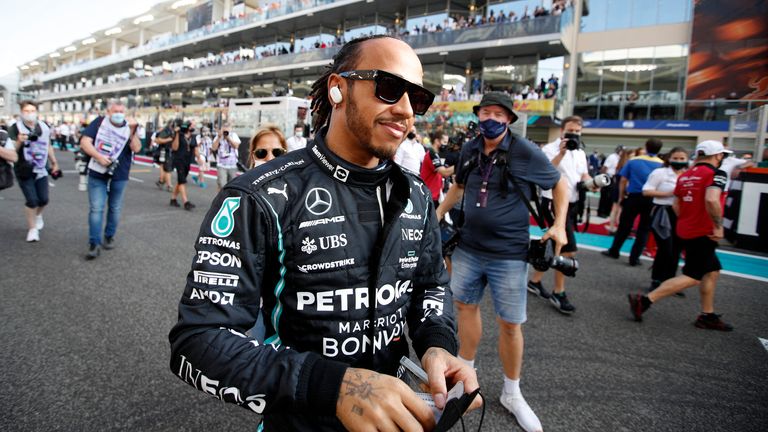 Hamilton, won the Saudi Arabian Grand Prix last Sunday, tying with Red Bull’s Verstappen in championship points for the season and setting up a title showdown in the final race of the season.