“For all those who do not wish to be vaccinated, here is an alternative.”

This is how fake or fraudulent EU COVID certificates are being advertised online by criminal groups.

They are capitalising on anti-vaccination sentiment across Europe, and increasing restrictions for unvaccinated people because of rising cases and the Omicron variant, to push sales. 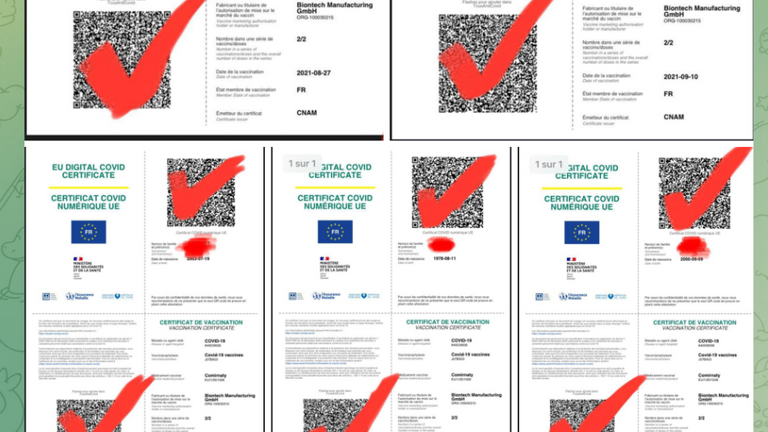 Sky News has found evidence of these passes, which could be used as proof of vaccination to enter the UK, being advertised in at least nine European countries via social media.

These passes are advertised as fakes that will work the same as a legitimate pass. There is also evidence that medical professionals are creating fake passes using their lawful access to the system.

Riccardo Croce, Head of the Italian Police unit looking into cybercrimes, told Sky News that officials are currently investigating the spread of vaccine disinformation online and its part in the selling of faked passes.

Criminals are also using common coronavirus disinformation in attempt to capitalise on the anti-vaccination movement.

Mr Croce said: “These people selling fake passes push disinformation to encourage people to commit an illegal act and buy a fake pass. They use this ideology of all being activists and working towards the same goal.”

Warnings have also been made that some adverts for passes could just be scams, with paying customers never receiving their faked passes.

The EU COVID certificate is a QR code that proves the holder has received two coronavirus vaccinations, has recently tested negative or has recovered from coronavirus. It can be used to grant people access to venues restricted under coronavirus laws and to cross borders.

These adverts can easily be found on various social media sites . A search for the French pass sanitaire, a term for COVID pass, returns multiple posts for online messaging groups and phone numbers that can be used to buy passes.

Here one post reads: “For anyone who doesn’t want to get vaccinated, here is an alternative” and links to a messaging group where COVID passes can supposedly be bought. 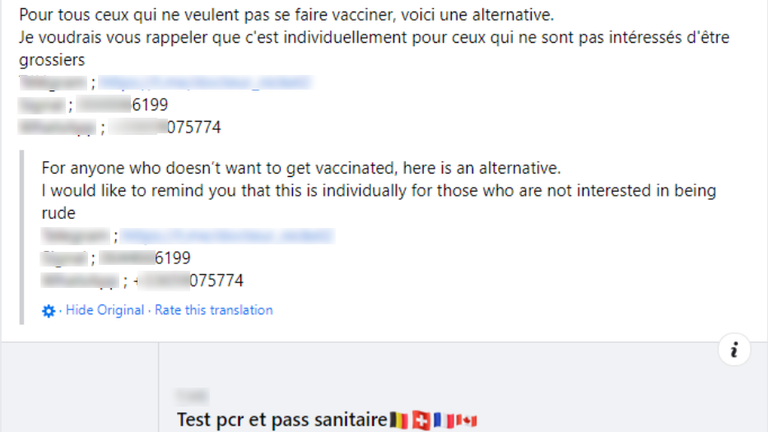 These online groups contain thousands of followers, one seen by Sky News has over 100,000 members.

Passes are advertised for around €300 (£255) and payment can be made through traditional currency and untraceable crypto currencies such as Bitcoin.

Images that are similar to commonly shared vaccine disinformation are being used to push sales, capitalising on vaccine hesitation across Europe.

Here one post contains pictures claiming to be coronavirus vaccine side effects.

It has a caption that translates from German to: “Many more side effects of the COVID vaccines that can lead to death. We should all be careful out here, it’s not easy. we must fight these vaccines.” The picture is then followed by a username that could be contacted to buy a pass. 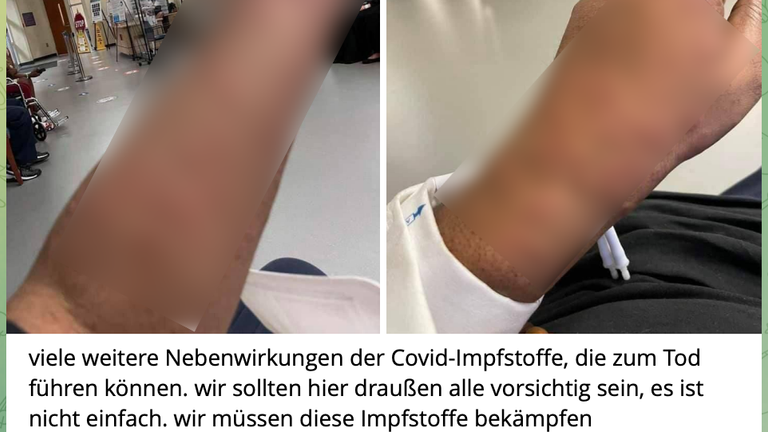 Another photo collection of common disinformation about vaccine side effects has the caption “no to the vaccine” and is followed by an advert to buy COVID passes.

This vaccine disinformation is pushed by groups in conjunction with recent restrictions in European countries against unvaccinated people.

On 5 December, the day before Italy introduced a ban on unvaccinated people entering certain venues, one seller posted: “Today they use all methods to force us, to subjugate us like cattle … save your loved ones. share link to save lives” and included their WhatsApp number.

In some adverts for passes, admins claim to be doctors or to be working closely with medical professionals. Many of these groups use titles such as Dr or doc in usernames.

Johannes Bahrke, the European Commission spokesperson for digital economy, research and innovation said: “We follow very closely the selling of fake EU COVID certificates. What we see is certificates generated improperly, meaning by people who have lawful access to the system who exploit it illegally like a nurse or someone in a pharmacy.” 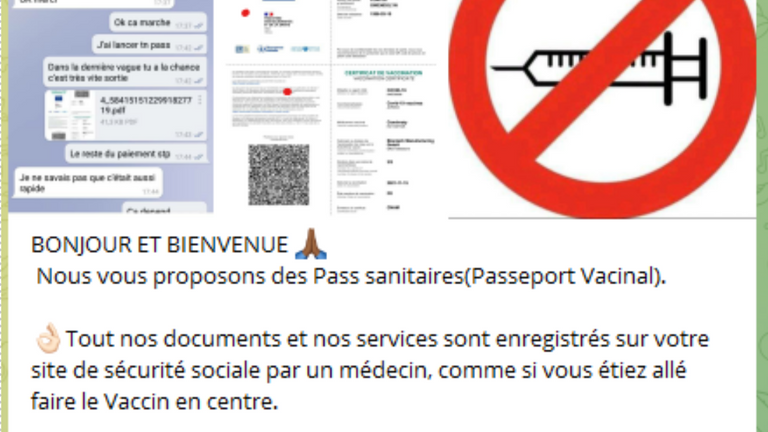 In November, the Austrian government warned that they had detected 500 faked passes and German authorities arrested 12 people accused of being involved in the creation of falsified passes.

The Data and Forensics team is a multi-skilled unit dedicated to providing transparent journalism from Sky News. We gather, analyse and visualise data to tell data-driven stories. We combine traditional reporting skills with advanced analysis of satellite images, social media and other open source information. Through multimedia storytelling we aim to better explain the world while also showing how our journalism is done.