A man in Germany is suspected of killing his family and then himself over a fake COVID-19 vaccination certificate, investigators have said.

The bodies of two 40-year-olds and their children, aged 10, eight, and four, were found with gunshot and stab wounds outside their family home in Koenigs Wusterhausen, just outside Berlin, on Saturday.

Police were called to the house after being alerted by witnesses who had seen lifeless bodies.

In a farewell note found by officers, the man said he had forged a vaccine certificate for his wife and her employer had found out.

The couple were afraid they would be arrested and lose their children, prosecutor Gernot Bantleton told Germany’s dpa news agency.

German investigators suspect that the man killed his wife and children, and then himself.

A gun was discovered in the house, but it was not immediately clear whether it was the weapon used to fire the fatal shots.

The case comes as Germany has been tightening its COVID-19 restrictions amid a fourth wave, with media in the country reporting all five family members had been in quarantine at the time. 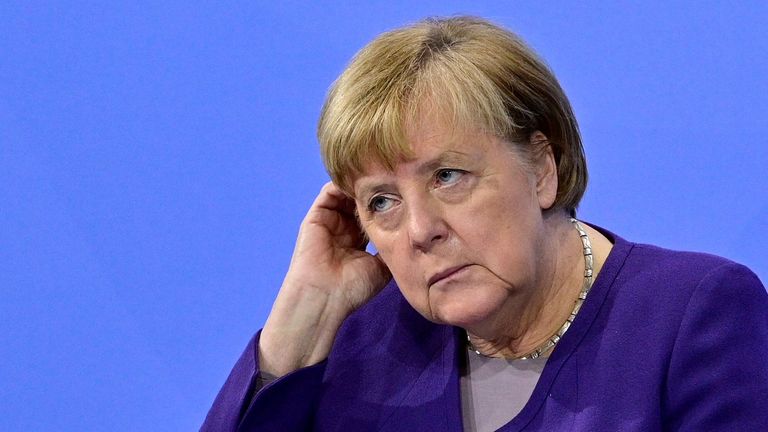 As of last month, some workers have been required to show they are vaccinated, recovered, or have tested negative for COVID-19.

Last week, authorities agreed to ban unvaccinated people from entering all but the most essential businesses, such as supermarkets, pharmacies, and bakeries.

The government also has plans to make COVID-19 vaccination mandatory from February.

Anyone feeling emotionally distressed or suicidal can call Samaritans for help on 116 123 or email [email protected] in the UK. In the US, call the Samaritans branch in your area or 1 (800) 273-TALK