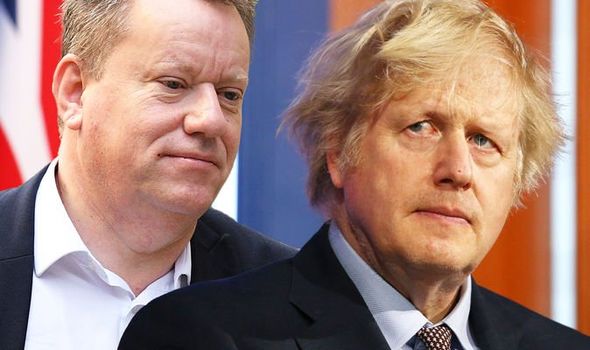 Ministers are to rip up Government procurement regulations dating back to the UK’s membership of the EU covering suppliers for large public projects totalling around £300billion a year.

Officials say the current system, imposed by Brussels and rolled over into UK law after the country’s withdrawal from the bloc, are too bureaucratic and restrictive.

They want a new streamlined procurement system across Whitehall departments that boosts home-grown small and medium-sized firms and prioritises creating local jobs rather than only benefiting multinational corporations.

New rules planned by ministers will also make blocking firms with a track record of failing to deliver value for money for taxpayers simpler. The move follows the collapse two years ago of the outsourcing giant Carillion.

More than 3,000 jobs were lost and 450 public sector projects including hospitals, schools and prisons were plunged into crisis by the firm’s failure.

Steve Barclay, the Cabinet Office Minister and Chancellor of the Duchy of Lancaster who is leading the shake up, told the Daily Express: “Leaving the EU gives us the perfect chance to make our own rules for how the government’s purchasing power can be used to promote strong values.

“While doing so we’re increasing transparency and ensuring that procurement remains fair and open.

“These simpler and more flexible rules will also make it easier for small businesses to win work – placing levelling up at its heart.”

Mr Barclay’s shake up is part of Boris Johnson’s “levelling up” drive, which aims to spread wealth and prosperity more evenly across the country by prioritising investment and growth in previously neglected regions.

He will publish the proposed new rules on Monday in the Government’s response to a consultation process launched after a “green paper” policy document released earlier this year.

Under the shake up, ministers responsible for Government procurement decisions will be able to give more weight to bids that create jobs for communities, prioritise the economic recovery from the covid pandemic and support the transition to “net-zero” carbon emissions.

They will be able to take “social value” factors into account rather than making decisions on the basis of price alone.

Community leaders are expected to get a great say over investments that could boost the local private sector.

Brexit Minister Lord Frost said: “These reforms are just one of the many areas where we are taking advantage of our exit from the EU’s rules to design a procurement system that is better tailored to the UK and our economic needs.

“They will open up new opportunities for our small businesses to win public contracts, boost efficiency and competition, and deliver better results for UK taxpayers.”

Under the new rules, ministers will be able to block companies with a track record of poor delivery, fraud or corruption from winning public contracts.

Small and medium-sized firms, which currently account for around a third of public expenditure, will be given an easier process for bidding and winning Government contracts.

In a break with the previous rules, ministers will be permitted to take the  potential for creating new businesses and jobs in the UK into account in contract decisions.

Ministers are expected to gain more discretion to exclude previously poorly performing suppliers, such as those who have not delivered previous projects on budget or on time.

Suppliers will also be banned if they have undertaken unethical practices, such as a lax approach to safety, or where there are national security or environmental concerns.

That contrasts with the existing rules, where suppliers can only be excluded from winning new government contracts if there has been a significant breach of contract in the past.

New “transparency” measures will also be introduced to allow taxpayers to see exactly how their money is being spent and compare expenditure across a range of services.

Procurement data will be published in a standard format accessible to the public.

Suppliers will have a single online registration point to submit bids for contracts to increase the efficiency and simplicity of the system.

Ministers believe the current system discourages smaller firms from applying because of the current bureaucracy and complexity of the process.

Whitehall insiders also say the shake up will make Government procurement more transparent and effective during times of crisis following criticism of the way some contracts were handled in the early response to the covid pandemic.

More competition is to be introduced in the emergency procurement system.