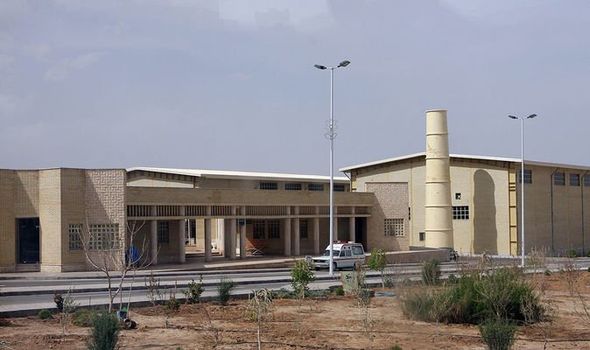 A bright light could be seen in the sky near the Natanz facility in the country’s Badroud region. There has been no official confirmation of what caused the blast but, Iran Press TV and other news outlets have said the country was testing its air defense’s rapid reaction force.

The semi-official Fars news agency reported that the explosion was caused by a missile as part of a drill to test how quickly the country’s air defence systems could respond to an attack.

This comes after earlier reports that an unidentified drone had been shot down above the region.

“No official source has yet confirmed or denied the report.”

According to Fars, the local governor of Badroud said: “No exact details are available about this.”