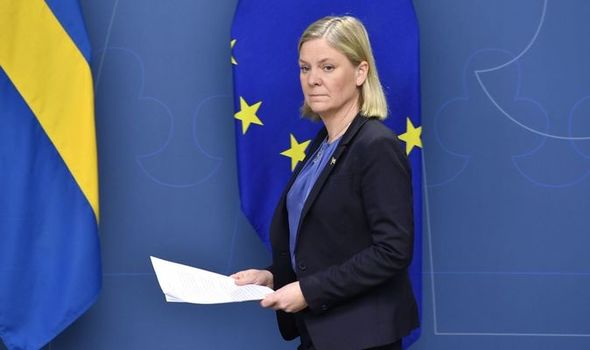 Her proposed budget failed to win enough lawmaker support to be passed, with parliament instead backing a spending plan penned by her adversaries — the center-right Moderate Party and Christian Democrat Party and the far-right Sweden Democrats.

Magdalena Andersson, who led a Social Democratic Party-led coalition with the Greens, has no choice but to step down after they quit the coalition, saying the opposition budget did not contain enough of their policies.

When a coalition party quits government the prime minister is expected to resign according to Swedish conventions, reports Politico.

Magdalena Andersson said: “I have met the speaker of parliament and asked to be relieved of my position as prime minister.

“However, I also told him I remain ready to be prime minister but for a Social Democratic single-party government.”