An Iraqi people smuggler has told Sky News that officials are helping migrants cross borders illegally, sometimes in exchange for bribes, and huge risks are being taken to send people to the UK.

Speaking in northern Iraq, the smuggler revealed details behind the network that sends thousands of migrants to Europe every year, and admitted that they sometimes work with border guards.

“Yes, things like that do happen,” he told us. 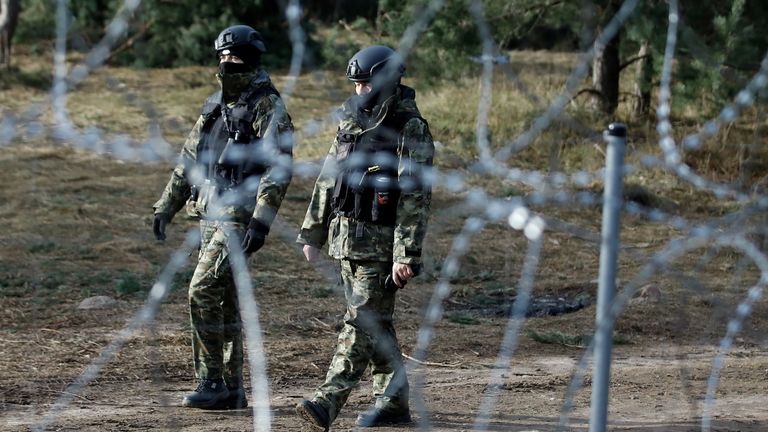 “Business is not stopping. More and more people want to go, but due to the Belarus visa no longer being accessible, they can’t. Otherwise, there are a lot of them ready to go.”

He tells us how the migrants are first flown from Iraq to Turkey. From there, they either travel south by sea to Greece or Italy or overland to Belarus.

Some families pay tens of thousands of pounds for the journey and the price goes up as governments close off routes.

“As the routes get harder, we take more money. We have smart smugglers who know how to solve issues and find out new ways.”

And they knowingly take huge risks with the migrants’ lives: “We collect and transport to the UK people via Dunkirk. We put them on lifeboats and fix iron rods under the boat with a motor. Normally this boat holds five persons, but we’ve added more than 15 to 20 persons to the boats travelling to the UK.”

He shows little remorse for those who don’t make it: “We sent people and they drowned in the Aegean sea between Turkey and Italy. They must decide whether to keep on or withdraw because it’s their life.”

The smugglers use cheap burner phones to communicate, regularly switching between hundreds of sim cards so they can’t be traced.

“This business is illegal,” the smuggler says. “If it was legal the people could go via the airport, but our business is smuggling, we send people who are exhausted or desperate to go to Europe.”

The allegation of collusion between smugglers and border officials was confirmed to Sky News by a family who were recently deported from Poland after crossing from Belarus.

Interviewed in a temporary home in Erbil, northern Iraq, the Mahmouds explained what happened in the forests between the two countries: 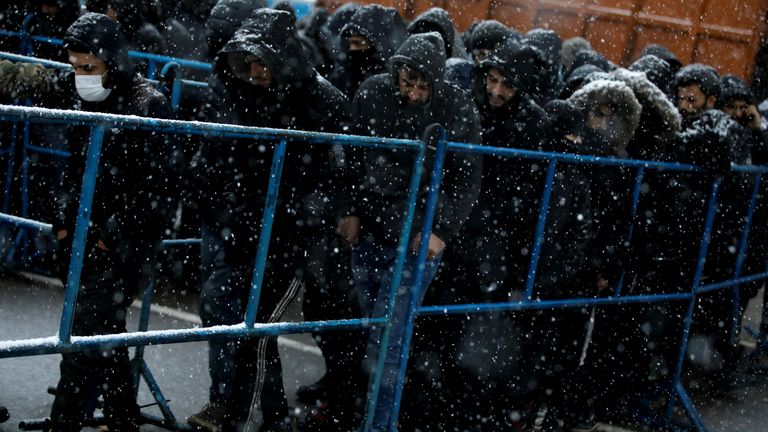 When I ask his older siblings if they believe they’ve been caught in a game between the EU and Belarus, 21-year-old Bria says: “We were like a ball. Like a ball between Belarussian police and Polish police.”

Belarus has been accused of creating a migrant crisis on the EU’s border in retaliation to the increasingly tough sanctions levied against the Lukashenko government.

The Mahmoud family also described their treatment by the people smugglers to whom they paid $30,000 for the journey into Europe. 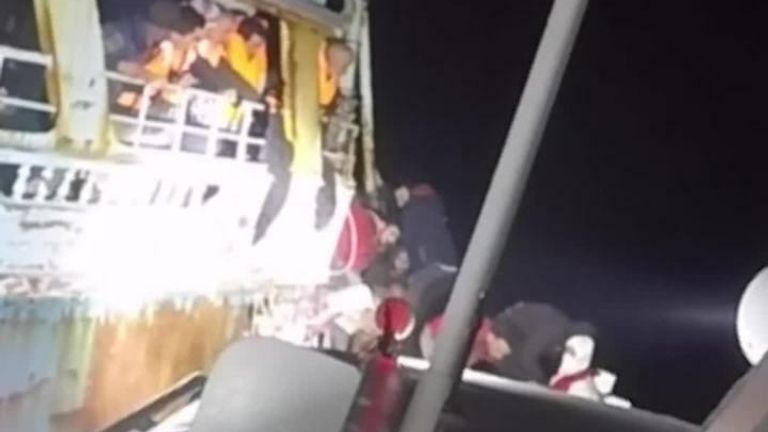 “They weren’t good to us. They spoke to us like animals. At first, they weren’t like that, they said they would ‘take us safely, the route is just a few hours and all of your expenses are on us, don’t worry’,” 47-year old mother Yadgar told me.

“But when we got to Belarus, we didn’t even know how to get enough money to eat. He [the smuggler] said ‘I don’t have any money for you’.

“I told him we wanted to go back and he said we can’t go back, ‘I spent my money on you, you have to deal with it.’ He treated us like animals.”