Boris Johnson has hit out at France after more than 30 people died in the English Channel when their boat capsized, as he slammed people trafficking gangs who are “literally getting away with murder”.

The prime minister said he was “shocked, appalled and deeply saddened” by the “disaster”, which “underscores how dangerous it is to cross the Channel in this way”. 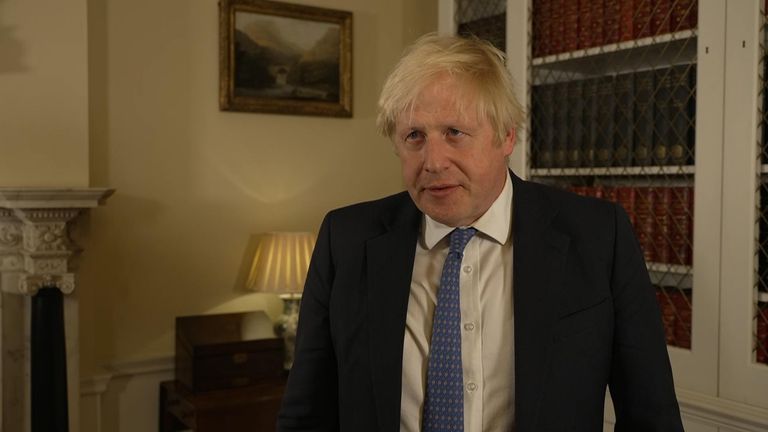 Mr Johnson, who earlier chaired a meeting of the government’s emergency COBRA committee, said the events off the coast of Calais show that people trafficking gangs will “stop at nothing” to try and get people across to the UK.

And he criticised the efforts of France to tackle the issue, claiming Paris is not doing enough.

“The operations being conducted by our friends on the beaches supported with £54m by the UK to help patrol the beaches, all the technical support we have given, they’re not enough,” the PM asserted, referring to money promised to France by the UK for immigration controls.

Why do people risk their lives to cross the Channel into the UK?

“Our offer is to increase our support but also to work together with our partners on the beaches concerned, on the launch grounds for these boats and that’s something I hope will be acceptable now in view of what has happened.

“There is no doubt the gangsters concerned, unless they are shown their business model won’t work, they can’t simply get people over the Channel from France to the UK, they will continue to see people put people’s lives at risk and get away with murder.”

The issue of migrant crossings has been the source of tension between Paris and London in recent months.

Mr Johnson said his message to France was that “now is the time for us all to step up to work together to do everything we can to break these gangs, who are literally getting away with murder”.

He claimed the UK has “had difficulty” persuading other countries, “particularly the French”, to “do things in a way we think the situation deserves”.

The PM spoke with French President Emmanuel Macron on Wednesday.

“They agreed on the urgency of stepping up joint efforts to prevent these deadly crossings and to do everything possible to stop the gangs responsible for putting people’s lives at risk,” a Downing Street spokesperson said.

“They underlined the importance of close working with neighbours in Belgium and the Netherlands as well as partners across the continent if we are to tackle the problem effectively before people reach the French coast.

“Both leaders were clear that today’s tragic loss of life was a stark reminder that it is vital to keep all options on the table to stop these lethal crossings and break the business model of the criminal gangs behind them.”

French President Emmanuel Macron has called for an emergency meeting of EU ministers who handle immigration issues and declared: “France will not allow the English Channel to turn into a graveyard.”

Home Secretary Priti Patel said the tragedy “serves as the starkest possible reminder of the dangers of these Channel crossings organised by ruthless criminal gangs”.

She continued: “It is why this government’s New Plan for Immigration will overhaul our broken asylum system and address many of the long-standing pull factors encouraging migrants to make the perilous journey from France to the United Kingdom.

“We will continue to intensify all cooperation with France and other European partners to prevent migrants embarking on these deadly journeys.”

The government is hopeful its controversial Nationality and Borders Bill can be fast-tracked into law by early next year. 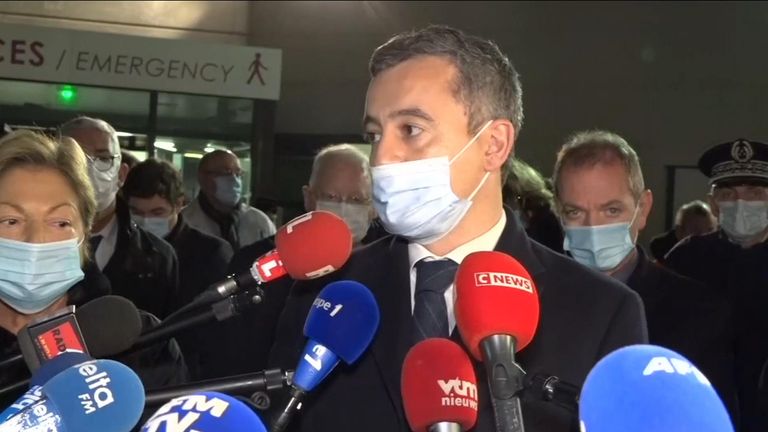 But Labour are expected to oppose the move, with sources suggesting the bill contravenes international law, undermines protections for victims of modern slavery, and will not solve the problem in the Channel.

Labour’s shadow home secretary Nick Thomas-Symonds said it was a “sobering day” for the UK, France and the international community and it “must really act now as the most tragic of wake-up calls to try to make sure that people are not making this most perilous of journeys”.

France’s interior minister Gerald Darmanin said the French authorities wanted to work with the UK and had sent a list of further assistance Paris requires.

A total of 31 people have died, including five women and a little girl.

Four people have been arrested in connection with the sinking.

The French MP for Calais told Sky News the English Channel is “becoming the new Mediterranean Sea, it’s like an open sky graveyard”. 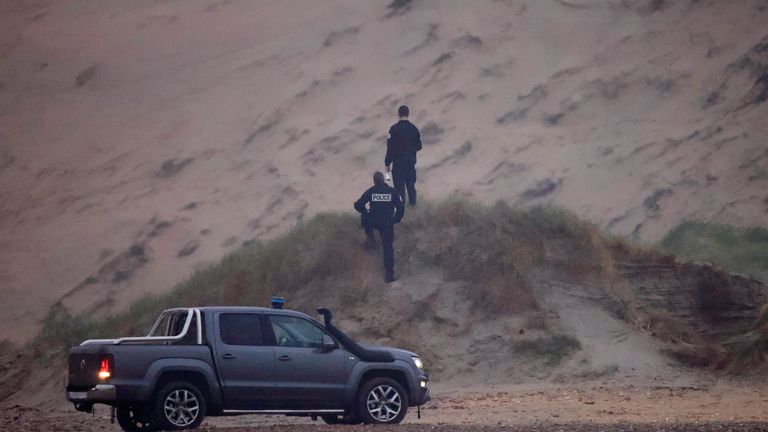 “We must find a way to end it,” Pierre-Henri Dumont said.

He said the UK and France have to “stop making migrants an internal argument with internal policies and try to figure out how to find a solution”.

But he said France cannot accept the UK’s offer to help patrol Calais due to “the question of sovereignty”.