Qatar has been “unfairly treated and scrutinised” according to the chief executive of the 2022 World Cup – who insists it is a “trailblazer” in the Middle East.

FIFA’S 2010 decision to award hosting rights to Qatar has been repeatedly criticised and organisations, including Amnesty International, have accused the country of failing to protect migrant workers and having a poor record on human rights.

Nasser al Khater, the chief of the organising committee, hit out at the criticism and said there has been “a lot of progress”. 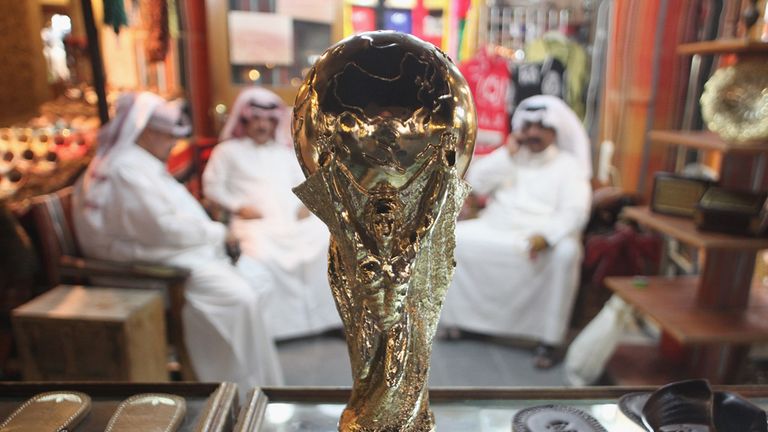 “Yes, Qatar has been unfairly treated and scrutinised for a number of years,” he said.

“There’s criticism, yes, there’s work that needs to be done. There is, however, a lot of progress but unfortunately, that has not been captured in reports such as Amnesty, Human Rights Watch.

“Now, unfortunately, people don’t like to report on that – people like to report on anything that’s negative. No one has ever gone out of their way to sit and look at it objectively to see what this country has achieved over the past seven, eight years.” World Cup organisers insist there have been just three work-related deaths since construction of the major stadiums began.

Infrastructure is still being completed, while building site entrances sit on most sides of the 80,000-seat Lusail Stadium.

Luxury high-rise hotels and even the expanded road networks were not completed in time for the somewhat hastily arranged Formula One debut this weekend – despite work seemingly going on at all hours.

“The work is not as close to completion as the authorities have people believe,” a worker at the site perimeter said. 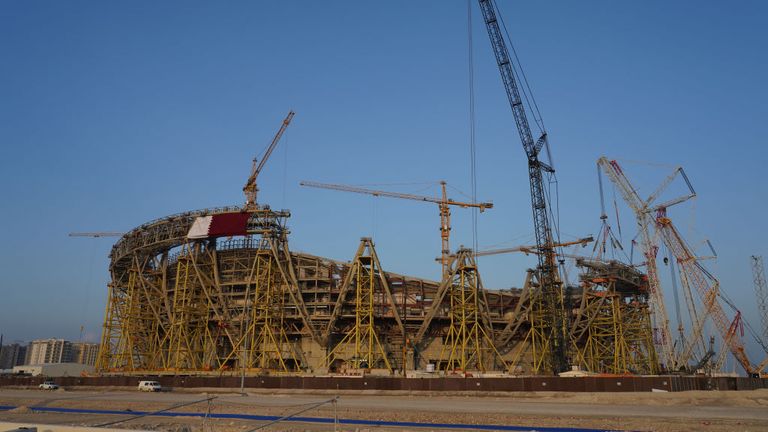 “It will be ready but only because we are working so hard. We are doing our best.”

Lewis Hamilton, who qualified on pole position for Sunday’s race, has been praised for wearing a rainbow-coloured helmet ahead of the inaugural Grand Prix. He also called on fellow sportspeople to speak out about human rights issues as he arrived in the desert for the first time.

But Mr al Khater also said members of the LGBTQ+ community and same-sex couples would be free to visit Qatar for the World Cup unencumbered – despite the fact male homosexuality is punishable by a prison sentence and same-sex marriages not recognised by the government.

He said high-profile names are misinformed: “Nobody can stop anybody from taking a position publicly or privately if they wish but it is something that we will feel is not fair and honestly incorrect.”

But, when asked if an educational programme needs to be put in place for locals, he stopped short of agreeing it would be required. “Everybody is welcome to come to Qatar and have an enjoyable time at the World Cup,” he added.

“They can come and enjoy their time here without fear of any sort of repercussions, it makes no difference to people’s (sexual) orientation, religion, creed, race whatsoever.”