This is one of hundreds of messages sent by migrants on the Belarus border seen by Sky News. The texts warn others not to follow in their footsteps.

“To those who are saying ‘the border is open’, it’s not open. It’s a lie,” another migrant urges. “Smugglers are spreading these rumours.”

Thousands of migrants have been gathering at the border hoping to enter Poland.

Buses and planes are being organised to relocate some of the 2,000 men, women and children at the border after two weeks of rising tensions.

Many come from Iraq and Syria, with a number of Iraqi Kurds among them.

At least one repatriation flight is set to take place today and will return some of the migrants to Iraq.

Harsh conditions mean many at the border may take up the offer to return home.

Messages shared on social media show some migrants are scared, tired and regret having attempted the journey.

The texts also show those selling visas to Belarus have hiked up their prices in an attempt to capitalise on the migrant rush.

Migrants have spent thousands attempting to reach the EU, with some claiming they were attacked during their journey.

In a different chat, a man makes the same claim: “The Belarusian army started to beat anyone who comes near the wire.” 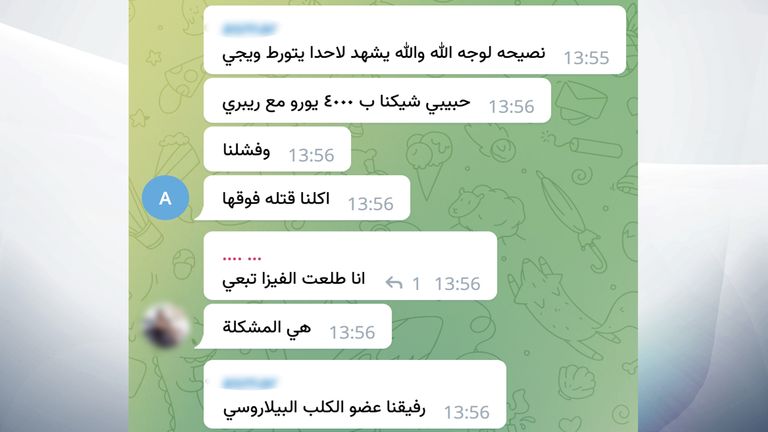 The mood has changed and many are resigned. Some believe the moment to make the dash into Europe has passed. They blame those who arrived before them and alongside them.

“The mass gatherings have ruined everything for us,” one man complains. “If people didn’t gather as they are now, tens of thousands would have crossed easily. We have lost the opportunity.” Some still have hope and are attempting to make the journey. One person currently in Iraq is one of many online searching for answers on Telegram, a messaging app.

“What is the situation there? Based on what I understood, people are coming there now,” he asks in a group chat.

A migrant who claims to have made the journey replies: “It is very tense at the border. It’s similar to what you see on the news.”

Some ask for information and reassurance despite reaching as far as Minsk, the capital of Belarus.

“I just saw the news on Facebook but I am in Minsk now and can’t leave… I am a girl and by myself. I have no one with me,” one woman writes. 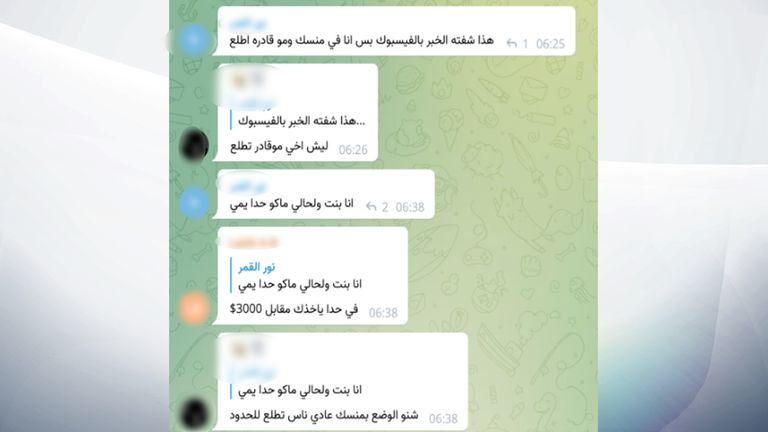 Others encourage her to pay a smuggler $3000 (£2,200) to help her across the border, through Poland and into Germany – a route many migrants say they intend to travel.

Frightened, she replies: “I don’t know. I am scared and don’t speak the language.”

Many migrants in these groups appear distrustful, confused and uncertain about the situation.

A video shared in one Telegram chat shows Polish authorities stopping migrants from crossing the border. The user asks: “How do we know this is true”. No one replies. 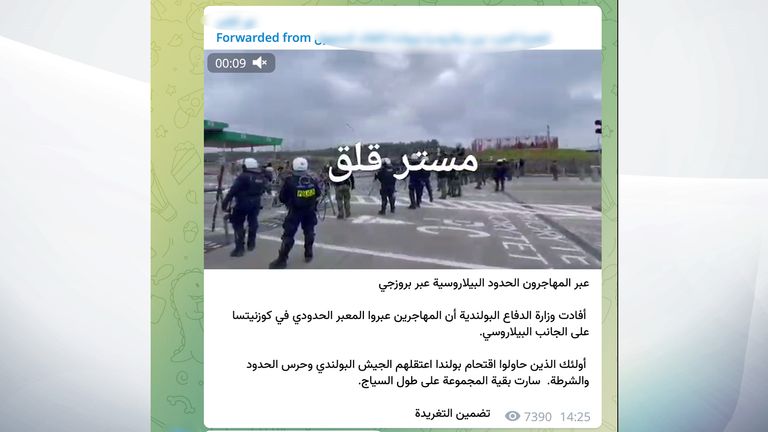 Basic questions are asked: Are there still flights? How much is a winter coat? What’s the cheapest visa?

And pleas for help are shared.

A father-of-three has fallen sick on the border. His nephew writes: “I am writing this and begging as there is someone’s life in danger right now.

“My uncle is now lying on the ground in a very critical condition… his friends can’t look after him anymore.”

He continues: “I am writing this out of despair… I appeal to anyone who can help us take him to the hospital or contact charities. I know his location on the border.”

At least eight migrants have died as temperatures plummeted, and others claim to have been injured during violent beatings at the hands of multiple authorities.

The EU and NATO accuse Belarus of giving migrants tourist visas and encouraging them to enter EU countries like Poland in retaliation to sanctions imposed by the Union. 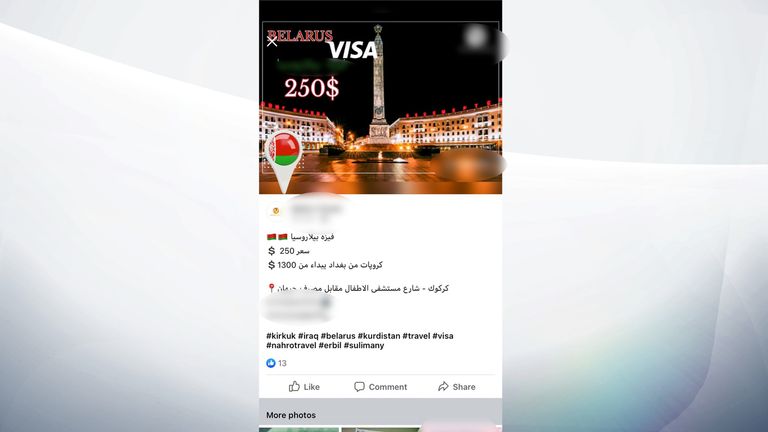 Belarus denies creating the crisis and accuses Poland of not handling the situation properly.

Belarus, as well as EU countries Lithuania and Latvia, reported a sharp increase in migrants attempting to cross from Belarus since the summer.

Analysis of the number of flights to the Belarus capital Minsk from Iraq in the summer shows a substantial rise this year. The flights increased by 75% rise compared to the average number of flights between the countries before the pandemic in 2018 and 2019.

Then, after months of tension, the migrant crisis on the Belarus-Poland border escalated this month.

On 6 November, migrants were seen gathering in Minsk.