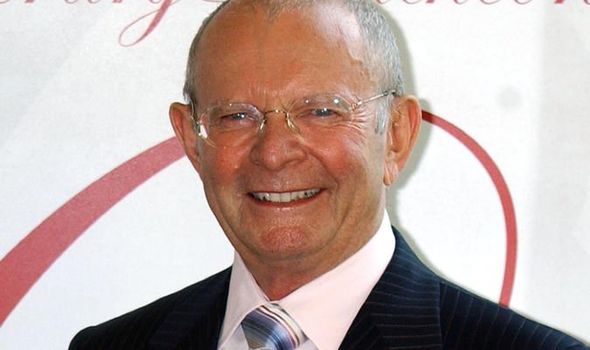 The adventure author sold 140 million copies of his 49 books after defying his tough rancher father who’d told him to stop writing and get a “real job”.

Smith’s work went on to be published in 30 languages, topping sales charts.

He was best known for chronicling the lives of the fictional Courtney family from the dawn of colonial Africa to apartheid-era South Africa.

In one of his final interviews, he told the Daily Express of his pride in his work, despite some criticism of his portrayal of the continent’s struggles, and his battle to make a living from writing.

He said: “The work will last and will be judged by those who want to judge it. I’m proud of who I am and the stories I’ve told.”

But aged 25, the criticism by his dad Herbert that his “obsession with books was unnatural” seemed to be proving true. He said: “I was forced to become a secret reader. So he was not amused when I defied his wishes and became a writer instead of an accountant.

“My first novel attracted a literary agent in London but was turned down by every publisher. That hurt. I was divorced, a father, broke and alone with only my dreams to keep me company.”

His first published novel When The Lion Feeds was written on stationery from the tax revenue office where he was working, reluctantly, at the time. Published in 1964, it was an instant best-seller and was based partly on his experience – aged 13 he shot dead a lion that attacked cattle on his family ranch.

Smith – who died on Saturday after reading and writing at home in Cape Town – was born in Northern Rhodesia, now Zambia. His success led to him being heralded as the “undisputed and inimitable master of adventure writing”.

His complex personal life mirrored his colourful characters and echoed a favourite author, Ernest Hemingway. Smith first married Anne Rennie in 1957 and they had a son and daughter before splitting in 1962. Two years later he wed Jewell Slabbart, having a son.

Danielle Thomas was his third spouse, in 1971, but she died from brain cancer in 1999. He adopted her son but over the years became estranged from all four children. He declared he was proud to have never changed a nappy.

Smith met Mokhiniso Rakhimova, a Tajik law student 39 years his junior and known as Niso, in a London bookshop in 2000 and they married soon after. He dedicated his later work to the “Queen of my heart”, saying: “Sure, she’s young enough to be my daughter – so what?”

Despite some liberal criticism of his books’ portrayal of African nationalism, Smith was said to be proud of having met South African anti-apartheid hero Nelson Mandela. As a young man he had left Rhodesia when its white minority rulers broke away from Britain.

His other best-sellers include The River God and The Triumph of the Sun.