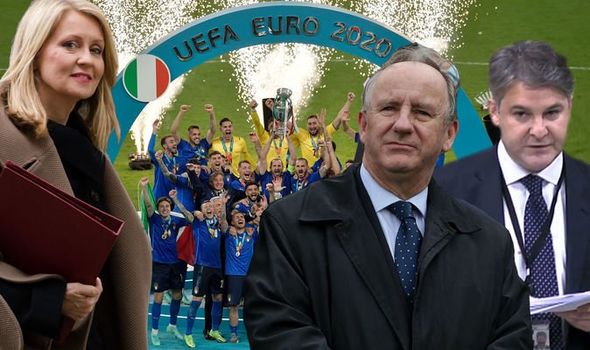 Members of Parliament have reportedly been enjoying a host of free tickets to sporting events since the last election. According to reports, almost half of the tickets came from organisations connected to gambling.

The MPs have reportedly been enjoying time away from important constituency business by enjoying hospitality at sporting events.

At some of the sporting events, MPs were wined and dined by generous benefactors.

Accepting the free tickets isn’t against the rules as long as MPs log the freebie in something called the Register of Members’ Financial Interests.

According to Parliament’s website, the register’s main purpose is to “provide information about any financial interest which a Member has, or any benefit which he or she receives, which others might reasonably consider to influence his or her actions or words as a Member of Parliament.”

An exclusive Reach PLC investigation has found that 94 MPs have logged a combined 168 freebie trips to sporting events into the register in the two years since the last general election.

According to the values entered on the register, the trips were worth a total of £209,752.41 between them.

46 percent of that amount came from organisations connected to gambling, totalling £96,186.14 of the overall sum.

44 sets of tickets were given to MPS to attend the recent European Championships.

18 sets of tickets were gifted for MPs to attend the England v Denmark semi-final, while nine were given for the England v Germany game.

Six sets of tickets were also allocated for the final against Italy, totalling £7,629.37.

The British Grand Prix and Wimbledon also featured on the list of sporting events MP had been given to attend.

19 sets of tickets were also issued for various test cricket matches worth a total of £14,964.00.

Topping the list for the MP who has claimed the most freebies is Laurence Robertson, the representative for Tewkesbury.

Seven of these were donated by gambling firms, and the majority of the events he attended were for horse racing.

He also enjoyed hospitality and tickets for the England v Denmark game at Euro 2020.

He received seven sets of tickets worth a combined total of £9,880.60.