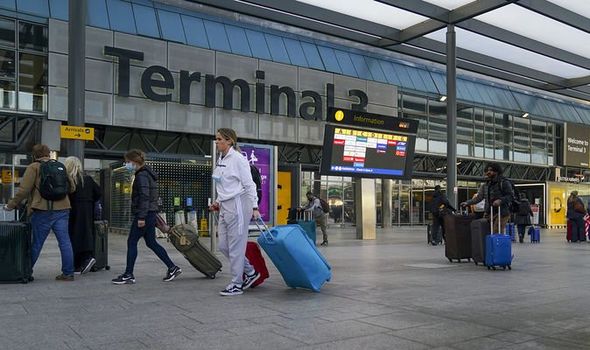 The scheme, based on the Israeli system, would change the definition of “fully vaccinated” from two vaccinations to three.

But officials are considering a grace period to let people travel without quarantine if they have sought a booster six months after their second jab and have not yet been offered an appointment.

A Government source said yesterday: “This is not going to happen immediately – but happen it will.” But the plans are likely to anger Tory MPs and potentially be another blow to the aviation and travel industries.

Currently, those not fully vaccinated must self-isolate for 10 days after returning to the UK and pay for expensive PCR tests – one before departure and two back on British soil.

It is highly likely the Scottish Government will also adopt the UK travel ban for those failing to have a booster. First Minister Nicola Sturgeon has been keen to align her international travel policies with those of the UK Government for “practical reasons”.

News of the proposed travel curbs came as Health Secretary Sajid Javid encouraged people to urge older relatives to come forward to have booster their vaccinations Boosters are currently available to over-50s, health workers and the clinically vulnerable.They are expected to be extended to over-40s early next year.