The Bank of England has surprised investors and economists by leaving interest rates on hold at 0.1% for at least another month.

However, the Bank used its quarterly Monetary Policy Report to signal that it was likely to increase borrowing costs in the “coming months”.

The decision pushed the pound lower by more than a cent against the US dollar since many investors had been expecting the Bank’s nine-member monetary policy committee (MPC) to increase Bank rate to 0.25% this month. 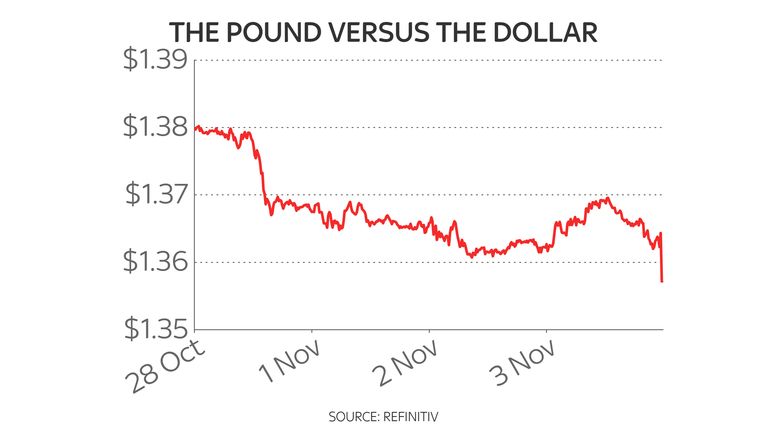 Seven members of the MPC voted to leave interest rates unchanged while two – Dave Ramsden and Michael Saunders – voted to increase them.

The 7-2 split is the same as the previous month.

The Bank said that it now expected the consumer prices index (CPI) measure of inflation to rise to 5% next year – among the highest price forecasts since the Bank was granted independence in 1997.

It cut its forecast for economic growth by a percentage point and pushed back the date at which the UK economy regains the level it was at before COVID and the lockdowns.

It said much of these forecast changes could be attributed to problems in global supply chains, which have pushed up prices and limited the availability of goods, and to higher energy costs.

However it forecast that inflation would fall sharply towards the end of next year and said that it was quite plausible that if energy prices fell in line with market expectations, inflation could drop below its target next year.

The Bank had been widely expected to increase borrowing costs since the governor warned at an event last month that with inflation rising fast, it would “have to act” to bring prices under control.

In the MPC minutes, the Bank said: “The committee judged that, provided the incoming data, particularly on the labour market, were broadly in line with the central projections in the November Monetary Policy Report, it would be necessary over coming months to increase Bank Rate in order to return CPI inflation sustainably to the 2% target.”