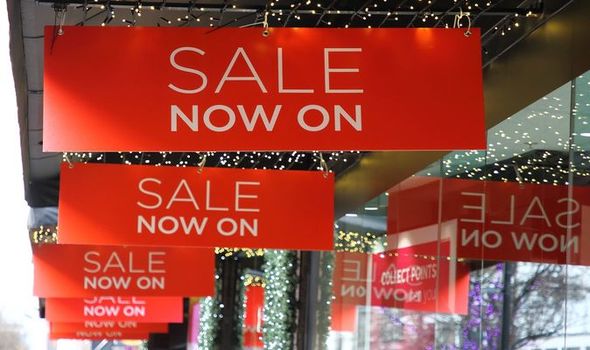 Stores are launching festive sales a month sooner than planned, to stop a late surge in demand stripping shelves bare. One store giant halved the price of popular gifts – as a shortage of HGV drivers left containers full of shop imports piled up on docksides and some cargo ships were diverted away from the UK. A toy industry spokesman said that there are currently “plenty” of presents to keep shoppers happy but added: “Buying early …is prudent.”

But port bosses urged shoppers not to panic and insisted their systems are resilient. And the government said it is “straining every sinew” to sort out the problems. Ranjit Boparan, the founder of 2 Sisters Food Group, said increases in the cost of chicken feed, surging energy and packaging costs and higher wages bills mean prices will soar.

He said: “Food is too cheap, there’s no point avoiding the issue. In relative terms, a chicken today is cheaper to buy than it was 20 years ago. How can it be right that a whole chicken costs less than a pint of beer? You’re looking at a different world from now on where the shopper pays more.”

“But right now I need to be honest about what this means for the consumer as inflation could reach double digits. Talk of ‘year zero’ might sound dramatic, but these are the facts: we really have to start thinking differently about what our food priorities are and what they cost.”

Shipping giant Maersk is diverting vessels away from the UK after a build up of cargo because there are not enough hauliers.

Conservative Party Oliver Dowden said the driver shortage is a “challenging problem” that is causing problems across Europe as well as the United States and China. Mr Dowden urged the country to shop “normally” for Christmas rather than rushing to stockpile goods and food.

He said: “The situation is improving, I’m confident that people will be able to get their toys for Christmas.” He said the government will not set “arbitrary targets” to address the lorry driver crisis but it has made changes to speed up recruitment.

“It is already increasing the supply of HGV drivers, we’re seeing welcome progress in terms of HGV fuel drivers, the situation in most parts of the UK is easing. This is a challenging situation, it’s not just unique to the UK.”

Maersk has sent its larger ships to the Netherlands and Belgium and smaller vessels are then heading to Britain with goods. The UK’s port industry warned that some ports are putting short-term restrictions on storage space to ease congestion. Retailers warned of Christmas shortages and higher prices for popular children’s presents. The British Toy and Hobby Association urged shoppers to buy early.