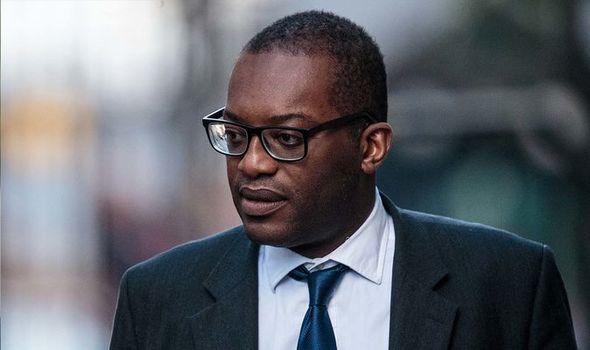 Business Secretary Kwasi Kwarteng yesterday drew up proposals to help intensive energy factories stay open. He gave the proposals to Chancellor Rishi Sunak after a feud between their departments over how much is being done to prop up firms.

Sources close to Mr Kwarteng said factories will close and thousands of jobs will be lost “without urgent support”. Different options for helping “viable” firms weather the crisis have been drawn up.

A Treasury source said it had received a submission and “will be going through it, as is normal process”.

Industries including ceramics, paper and steel manufacturing are thought to be among the worst hit.

Conservative MP Andrew Percy, whose Brigg and Goole constituency has a steelworks, said: “If the Government doesn’t intervene then it will amount to an abandonment of the North and Midlands.”

But Tory ex-minister Steve Baker said businesses “shouldn’t be subsidy junkies, they should be able to pay their own bills”.

He said: “What we’re asking for is, ‘Hey Government, we’ve been telling you for a decade that your policies add something like £55million that we pay in the UK that our competitors in, say, Germany don’t pay’.”

And Labour’s shadow chancellor Rachel Reeves said: “If we end up getting into spring and seeing jobs destroyed and industries destroyed and never coming back, that’s not a price that’s worth paying for what is needed to get us through this.”

But Treasury minister Lord Agnew of Oulton said spiralling gas costs were due to a “geopolitical move” by Russia to put pressure on Europe to certify its controversial new Nord Stream 2 pipeline.

The longer-term agreement follows a short-term rescue of major CO2 producer CF Fertilisers, which had to shut its two UK plants last month.

CO2 is used in the slaughter of livestock, extends the shelf-life of products and is vital for cooling systems.

The Government said: “CO2 suppliers have agreed to pay CF Fertilisers a price for the CO2 it produces that will enable it to continue operating while global gas prices remain high.”