The bill leaves it up to the heads of the C.I.A. and State Department to make their own determinations as to who is covered and how much compensation they receive. 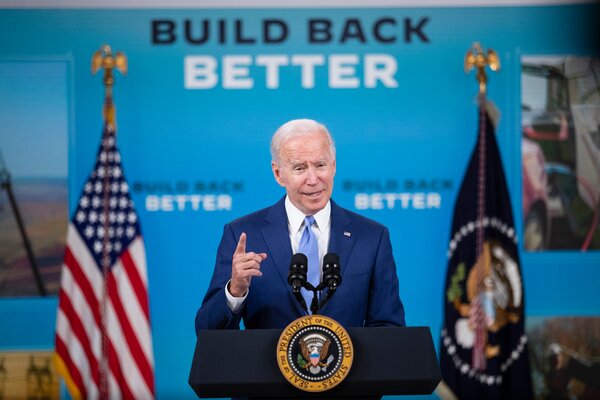 President Biden signed into law on Friday a new government program to compensate C.I.A. officers, State Department diplomats and other federal officials who have suffered traumatic neurological injuries that the intelligence community has yet to figure out, launched by assailants it cannot yet identify.

With no ceremony and little public comment, Mr. Biden signed the Havana Act, authorizing Secretary of State Antony J. Blinken and the C.I.A. director, William J. Burns, to give financial support to employees who have suffered brain injuries. The act is named for what has become known as “Havana Syndrome,” a series of unexplained injuries whose victims were first identified five years ago at the United States Embassy in Cuba.

But Mr. Biden’s silence about the new law — he issued a statement, but avoided a public ceremony where he might be asked questions — was telling. While some officials are convinced the syndrome is the result of attacks and that one or more rival powers are responsible, intelligence agencies have yet to come to any firm conclusions, despite the appointment of multiple task forces to identify the cause and possible countermeasures.

There is a widespread belief, supported by a study by the National Academies of Sciences, Engineering, and Medicine, that the cause is directed energy, possibly microwaves, presumably targeted at embassies and residences. But even that is just the leading theory, and though Russia is the lead suspect, it is hardly the only country with the technology to conduct such attacks. The C.I.A. and the National Security Council have created an outside panel with access to classified information to help search for a cause.

“We are bringing to bear the full resources of the U.S. government to make available first-class medical care to those affected and to get to the bottom of these incidents, including to determine the cause and who is responsible,” Mr. Biden said of the law. “Civil servants, intelligence officers, diplomats, and military personnel all around the world have been affected by anomalous health incidents,” Biden said, stopping short of using the word “attacks.”