The suspense surrounding the final destination of the lava from La Palma’s erupting volcano has been building for days.

People on the islands have been waiting nervously to see when it would reach the sea.

Moving extremely slowly, streams of it have been threatening to pour into the Atlantic Ocean for days. 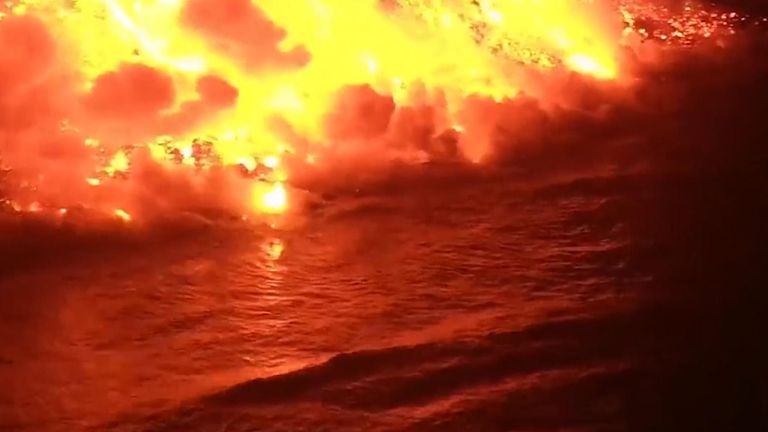 Finally, at 11pm on Tuesday, they did. Cascading over a cliff face, it looked like a giant molten waterfall.

But the spectacle of this event should not overshadow the fear surrounding it.

The lava is more than 1,000 degrees Celsius, and the thermal shock that is created when it hits cool sea water is dangerous, releasing plumes of steam that contain hydrochloric acid.

There was real concern that people might breathe it in or get gas in their eyes.

Residents within two miles of the coast were told to stay indoors and use damp cloths to cover any gaps around windows and doors.

But after all the islanders have been through these last few days, one thing has been on their side – the direction of the wind. The steam from lava in the sea has been blowing away from the shore. 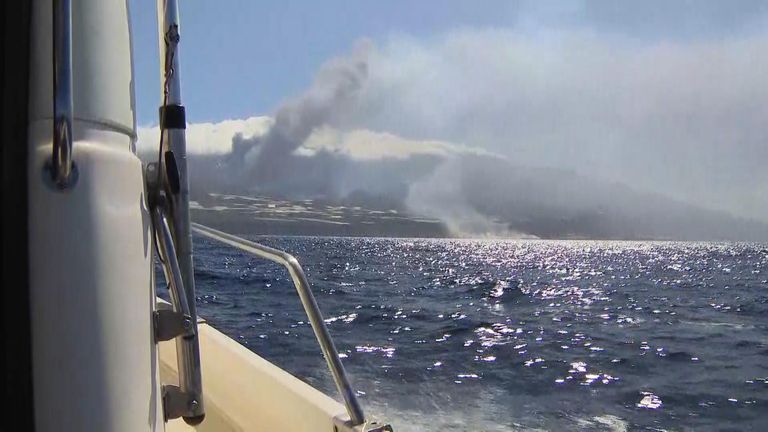 I spoke to people in Tazacorte, one of the areas affected. They were going about life as normal, drinking beer outside cafes in the town square and attending mass.

“Truthfully, what hurts us most is the issue of the falling ash rather than the gases,” said Anjara Cruz on her way to the supermarket.

“We’ve been in suspense for 10 days, but the truth is that it was good that the lava went into the sea – we’re a little calmer now waiting for the volcano to finish,” said another resident named Jordan.

Jordan was on his way to a celebration at the town hall in honour of the patron saint of La Palma, San Miguel.

He was wearing a suit and tie and a gold medallion embossed with the town’s coat of arms. It was odd to see him so smartly dressed and seemingly undistracted by the events happening just down the shore. 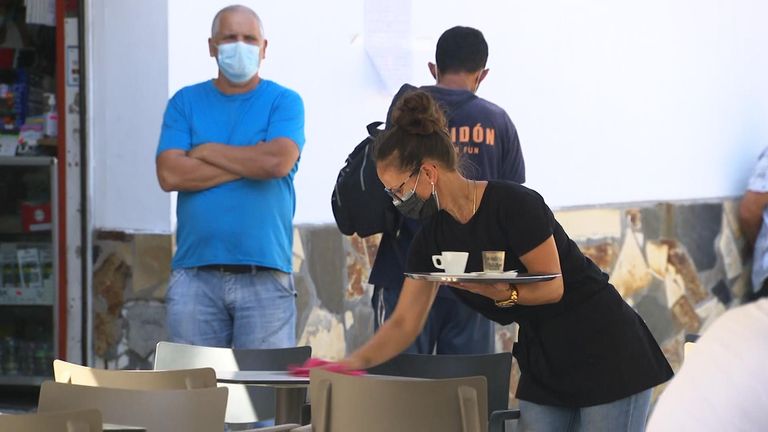 But it isn’t surprising that people in Tazacorte are carrying on as normal. The volcano has been erupting for 10 days and experts are no closer to predicting when it will stop. Those who haven’t been evacuated or lost their homes have no other choice than to continue their lives as before.

If the wind changes direction and the toxic gas heads their way then they probably won’t need the government to order them to stay home.

The smell of the hydrochloric acid is something they are all on guard for. They are hoping that the sooner the volcano goes quiet, the sooner the lava flows will stop, and then they’ll really be free of the threat currently coming from the ocean.