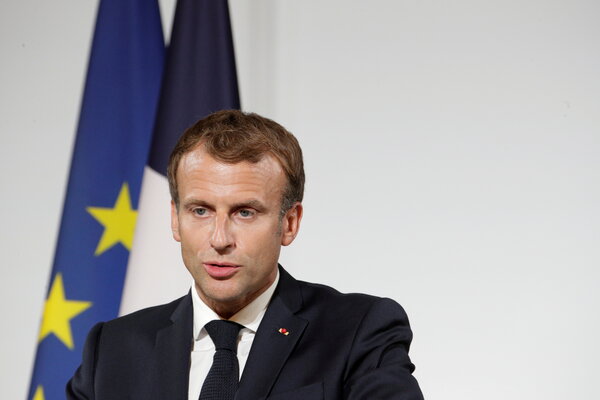 President Biden spoke with President Emmanuel Macron of France on Wednesday for the first time since the United States and Britain entered into a broad new defense arrangement with Australia that scuttled a $60 billion French project to build submarines, and led France to declare its oldest ally had delivered a “knife to the back.”

The two leaders agreed to meet in Europe next month, likely on the edges of the upcoming Group of 20 summit in Italy, although White House aides said it was possible they would have a separate meeting elsewhere to underscore their resolve to repair the damage.

The White House described the conversation as “friendly,’’ just days after Mr. Macron recalled the French ambassador to the United States and suggested that Mr. Biden had done grave harm to the alliance.

While the United States has not apologized for the effort to keep France in the dark, the statement from the United States and France said that “the two leaders agreed that the situation would have benefited from open consultations among allies on matters of strategic interest to France and our European partners.”

It said that “President Biden conveyed his ongoing commitment in that regard,’’ and the countries had “decided to open a process of in-depth consultations, aimed at creating the conditions for ensuring confidence and proposing concrete measures toward common objectives.” While that statement is written in bland diplomatic language, it describes the kind of consultations that are supposed to be routine among NATO allies.