New funding will allow more medical appointments to take place via video in rural communities, where some of the nation’s oldest and sickest patients live. 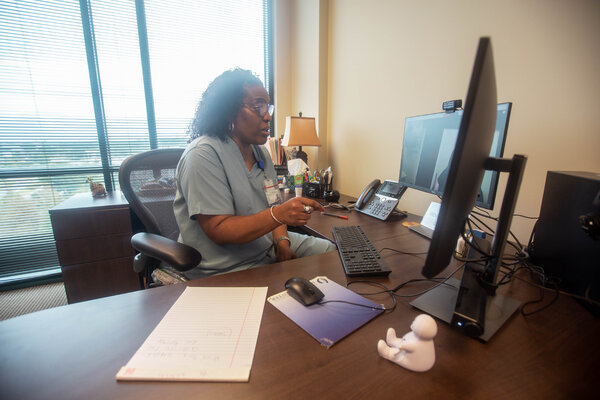 The roughly 15 percent of the population living in rural America includes some of the oldest and sickest patients in the country — a disparity that has grown more stark during the coronavirus pandemic. The Biden administration is investing more in telemedicine, whose use has grown sharply during the pandemic, as a way to improve their access to care.

Last month, the Department of Health and Human Services announced that it was distributing nearly $20 million to strengthen telehealth services — usually medical appointments that take place by video or phone — in rural and underserved communities across the country. While the amount is relatively modest, it is part of a broader push to address the long-neglected health care infrastructure in those areas.

The spending includes about $4 million to help bring primary, acute and behavioral health care directly to patients via telehealth in 11 states, including Arkansas, Arizona and Maine. The money will update technology in rural health care clinics, train doctors and nurses how to conduct telehealth appointments and teach patients how to take advantage of virtual appointments when they cannot see a doctor in person.

An additional $4.3 million will help specialists at academic medical centers provide training and support to primary care providers in rural and other underserved areas via “tele-mentoring,” so that they can treat patients in their communities with complex conditions, such as long Covid or substance use disorders.

“Telehealth expands access to care and is a vital tool for improving health equity,” said Diana Espinosa, the acting administrator of the Health Resources and Services Administration, an agency within the department that is distributing the money. “This funding will help drive the innovation necessary to build clinical networks, educational opportunities and trusted resources to further advance telehealth.”

Rural Americans are at greater risk of dying from heart disease, cancer, accidental injury, chronic respiratory illnesses and strokes than their urban counterparts, according to the Centers for Disease Control and Prevention. The pandemic, too, has hit them disproportionately: I.C.U. beds have been sparse in rural Idaho during virus surges. Navajo Nation in rural Arizona once had a higher virus death rate than New York City.

In August, the Biden administration provided billions of dollars to rural communities through the American Rescue Plan — separate from the $20 million — to address virus concerns, including by expanding telehealth, and to help rebuild crumbling health care infrastructure.