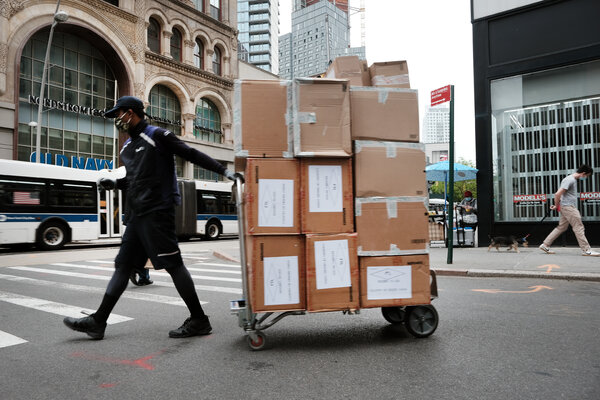 By Ben Casselman and Jeanna Smialek

The coronavirus pandemic last year left millions of people out of work and set off the worst economic contraction since the Great Depression. Yet the share of people living in poverty in the United States actually declined because of the government’s enormous relief effort.

About 9.1 percent of Americans were poor last year, the Census Bureau reported Tuesday, down from 11.8 percent in 2019. That is based on a measure that accounts for the impact of government aid programs, which last year lifted millions of people out of poverty. The government’s official measure of poverty, which leaves out some major aid programs, rose to 11.4 percent, from a record low 10.5 percent in 2019.

The fact that poverty did not rise more during such an enormous economic disruption reflects the equally enormous government response. Congress expanded unemployment benefits and food aid, doled out hundreds of billions of dollars to small businesses and sent direct checks to most American households. The Census Bureau estimated that the direct checks alone lifted 11.7 million people out of poverty last year, and that unemployment benefits prevented 5.5 million people from falling into poverty.

“It all points toward the historic income support that was delivered in response to the pandemic and how successful it was at blunting what could have been a historic rise in poverty,” said Christopher Wimer, a co-director of the Center on Poverty and Social Policy at the Columbia University School of Social Work. “I imagine the momentum from 2020 will continue into 2021.”

Poverty rose much more drastically after the last recession, peaking at 15.1 percent in 2010 and improving only slowly after that.