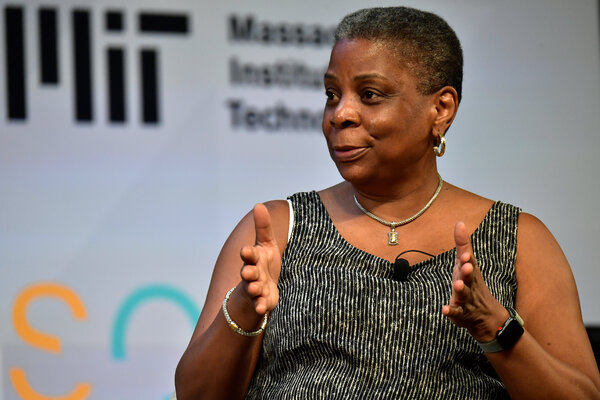 Heightened attention to boardroom diversity at public companies has changed the makeup of the upper ranks of corporate America. Well-financed private businesses, however, haven’t faced the same scrutiny, and are lagging behind when it comes to adding diverse directors, Andrew writes in a new column.

The top venture-funded private companies have very few Black directors, according to a new report. Of the roughly 4,700 board seats at the 843 firms that have been backed by more than a dozen top venture capital and private equity firms — Andreessen Horowitz, Blackstone, Carlyle, Greylock, KKR and Sequoia among them — only 49 have been held by Black directors. That’s just 1 percent of thousands of positions, spanning more than 20 years, according to new research by the Board Diversity Action Alliance.

One problem may be a lack of diversity at private equity and venture capital firms. The investment firms that provide funding and mentorship could make fostering diversity while companies are still private a priority, but it’s clearly not happening. That perhaps shouldn’t be surprising: Black employees comprised 4 percent of investment professionals at venture capital firms in the United States last year, according to Deloitte. The deal teams at private equity firms were only about 1 to 2 percent Black last year, according to McKinsey.

Companies should prioritize diversity before they’re on the cusp of going public. Stock exchanges like Nasdaq and some banks that underwrite offerings, like Goldman Sachs, require a minimum level of boardroom diversity before they will work with companies. But by the time companies are ready to go public, it’s often too late, Ursula Burns, the former chief executive of Xerox, told Andrew. “I enter all of these boards with the following mantra: ‘Do it now,’” she said. Instead of “scrambling” to diversify their boards as a public offering approaches, she said, “they could be more purposeful and faster at the end if they did it earlier.”

Labor Day passes and business is still far from back to normal. Intel and Uber are among the latest tech companies pushing back their return-to-office dates, as the Delta variant causes companies to abandon hopes of a September return. The so-called “Great Wait” to get workers back into offices is costing companies hundreds of thousands, if not millions, of dollars, the chief medical officer for Aon told CNBC.

El Salvador becomes the first nation to make Bitcoin legal tender. Starting today, businesses in the country of 6.5 million people will be required to accept payment in the cryptocurrency, as well as in U.S. dollars, despite the fact that a July survey of Salvadorans found that more than three-quarters were skeptical of the idea, and almost half said they knew “nothing” about Bitcoin. President Nayib Bukele said yesterday that his government had bought 400 Bitcoin ahead of the push.

Democrats start drafting a $3.5 trillion social policy bill. Congressional committees will meet this week to start formally drawing together the Democrats’ social policy plan, which would represent the most significant expansion of America’s safety net since the 1960s. The cradle-to-grave legislation, which would be financed by tax increases on corporations and other wealth taxes, needs the vote of every single Democrat in the Senate, and almost every Democrat in the House, to secure it — though some have put its future into doubt.

A California bill takes aim at Amazon’s labor practices. The State Senate is expected to vote on a bill this week that would prohibit any productivity quota that prevents workers from taking state-mandated breaks or using the bathroom when needed. Business groups say the law unfairly punishes all California employers for the perceived problems at Amazon, which has a high number of fulfillment centers in the state and has drawn nationwide criticism for practices that some workers say push them to physical extremes.

Assessing Hurricane Ida’s damage kicks up more questions. As the Northeast’s death toll from the storm increased to 46 people and the cleanup of a related oil spill continued in the Gulf of Mexico, questions are being raised about how the storm was able to do so much damage in New York and Louisiana, despite officials’ preparations. Today President Biden will make visits to Queens and New Jersey, two of the areas that saw the most deaths from the storm.

Benefits cliff. When federally funded emergency unemployment programs ended on Monday, an estimated 7.5 million people lost their jobless benefits, and millions more saw their checks cut by $300 a week. However, there is little evidence that the loss of benefits will push people into the work force: In the states that ended the emergency unemployment programs early, job growth has been similar to growth in states that did not. And with Covid-19 cases resurging, it may take months for those losing aid to find a job.

Job openings. Data from the Labor Department on Wednesday will show whether job openings in the United States continued to rise in July. Economists are on the lookout for evidence of the Delta variant’s effect on the economy, after a weaker than expected August jobs report last week.

Juul rule. Thursday is the deadline for the Food and Drug Administration to decide whether Juul Labs can continue selling its vaping device and flavored nicotine pods. At issue is whether the public health benefits of non-cigarette tobacco products as a safer alternative to smoking outweigh the risk of young people becoming addicted to nicotine through vaping. If the F.D.A. does not grant approval, Juul, whose sales plunged by $500 million last year, will be forced to stop selling the products. With approval, the company would still face lawsuits brought by more than a dozen states, as well as thousands of cases that have been combined in a federal court in California.

From the TimesMachine: On Sept. 7, 1977, President Carter and Brig. Gen. Omar Torrijos Herrera signed two treaties facilitating the transfer of control of the Panama Canal to Panama by the turn of the millennium. President Carter said the treaties marked the U.S.’s commitment to using “fairness and not force” in its dealings with other nations, The Times reported. The waterway was duly transferred to full Panamanian control on the last day of 1999.

“Grocery clerks, mail carriers, nurses: We started calling these workers ‘essential’ during the pandemic, but they really always were. If there is a positive legacy from Covid-19’s adjacent economic crisis, I hope that’s it: We build an economy that’s deserving of the workers who preserved it during our most challenging moment.”

— Janet Yellen, the Treasury Secretary, in a Labor Day statement.

Deutsche Telekom has agreed to a share-swap deal with SoftBank that will increase the German group’s stake in T-Mobile. It also sold its Dutch unit for $6 billion to private equity firms. (Bloomberg, Reuters)

Automaker Lotus Tech is mulling an I.P.O. in the U.S. or Hong Kong to help fund its switch to electric vehicles. (Bloomberg)

Goldman Sachs plans to list Petershill Partners, a group that buys stakes in private equity and alternative asset managers, in a deal that would value its portfolio at more than $5 billion. (WSJ)

Goldman Sachs cut its forecast for U.S. economic growth to 5.7 percent from 6 percent, citing a “harder path” ahead. (Bloomberg)

Next Digital, the Hong Kong media company founded by the pro-democracy businessman Jimmy Lai, is shutting down, saying a government crackdown left it with no way to operate. (NYT)

Rupert Murdoch’s Australian news outlets are planning to ease off their climate change skepticism and start a campaign advocating a carbon-neutral future. (NYT)

Following probes from the Justice Department and S.E.C., German regulators are investigating Allianz over the demise of some of its U.S. investment funds. (Reuters)

The E.U.’s poorest nations have its lowest vaccination rates, as fraud hampers Romania and Bulgaria in their efforts to protect their populations from Covid-19. (FT)

After 18 months away, traders returned to the London Metal Exchange’s storied ring. (WSJ)

The founder of the Chinese e-commerce giant JD.com, Richard Liu, is stepping back from day-to-day business, one of a number of prominent Chinese executives doing so amid growing competition and a widening crackdown by Beijing. (WSJ)

A 22-year-old Bitcoin millionaire is taking on Apple and others with a $500 smartphone, called the Freedom Phone, built for conservatives. (NYT)

America’s work force is older and more diverse than it was 40 years ago, according to federal labor economists’ analysis. (CNN)

Companies are trying to combat worker burnout with more time off and other perks. (NYT)

We’d like your feedback! Please email thoughts and suggestions to [email protected]