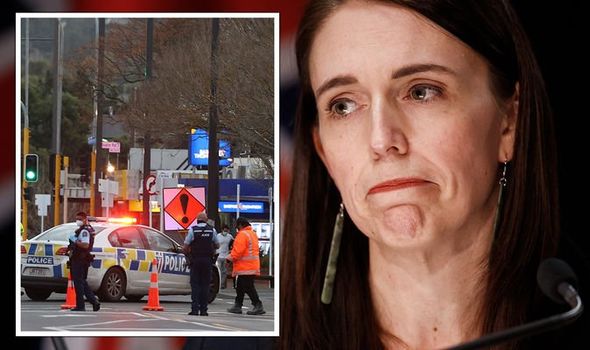 At least six people have been injured in the terror attack. In a statement, police said the man died at the scene.

“This was someone who was known to our national security agencies and was of concern and was being monitored constantly.

“There are very few that fall into this category.”

Heavily armed police and ambulances remain at the scene.

In a facebook statement, the mall said: “The matter is now in the hands of the police and we’ll continue to provide them with our full assistance.

“LynnMall is now closed and we will update once we know more.”

The “violent extremist” had been known to multiple agencies prior to the attack.

Ms Ardern said she was gutted to hear of the incident.

The New Zealand PM added: “What happened today was despicable, it was hateful, it was wrong. It was carried out by an individual, not a faith.”

She also confirmed the country will remain at a medium security level.