Japan’s prime minister Yoshihide Suga has announced he will not run for the leadership of his governing party later this month – paving the way for a new premier after just a year in office marred by an unpopular COVID-19 response.

Mr Suga was appointed to the role in September last year following the resignation of Shinzo Abe, who stepped down for health reasons.

Despite early support, his approval ratings have dropped to an all-time low with Mr Suga facing criticism over his handling of the COVID-19 pandemic and the decision to host the Tokyo Olympics despite rising infections.

Japan is still under a state of emergency and is currently grappling with its worst wave of the coronavirus, with more than 1.5 million cases since the start of the pandemic.

Mr Suga, 72, told reporters he had planned to run in the 29 September race to lead his Liberal Democratic Party (LDP), but leading Japan’s pandemic response and campaigning for the LDP job at the same time divided his energies.

“I have decided not to run for the party leadership elections, as I would like to focus on coronavirus measures,” Mr Suga said.

Mr Suga, the son of a strawberry farmer from the northern prefecture of Akita, originally had approval ratings as high as 70% early in his tenure because he was seen as a leader for the common people rather than blue-blood political families such as Abe.

When he entered the role, he introduced a series of pragmatic measures including digital transformation and administrative reforms, but public support fell over his virus measures. 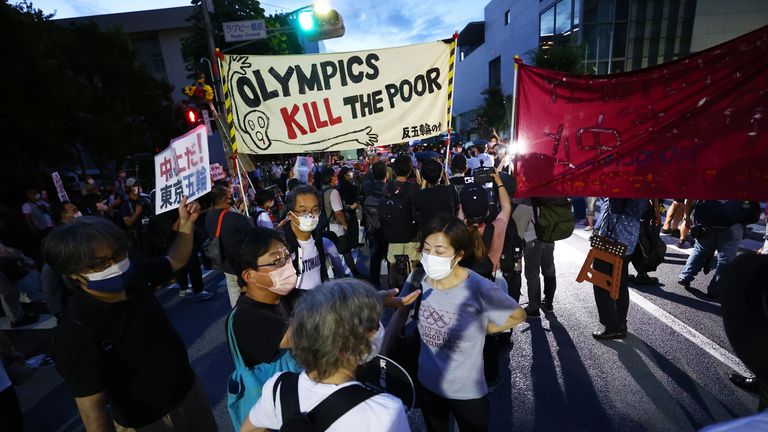 Rising COVID-19 cases and the government’s decision to host the Olympics saw public support for him decline to around 26% in the most recent media survey.

LDP has the majority in parliament and a new leader will likely take the party to this year’s national elections.

The lower house term ends in late October and elections for a new parliament must be held by late November.