The UK’s former spy chief has warned the terror threat is “greater today” than it was prior to the West’s withdrawal from Afghanistan.

Sir John Sawers, who spent five years as the chief of MI6, told Sky News there was an increased risk of both foreign-based and homegrown attacks since the fall of Afghanistan to Taliban control. 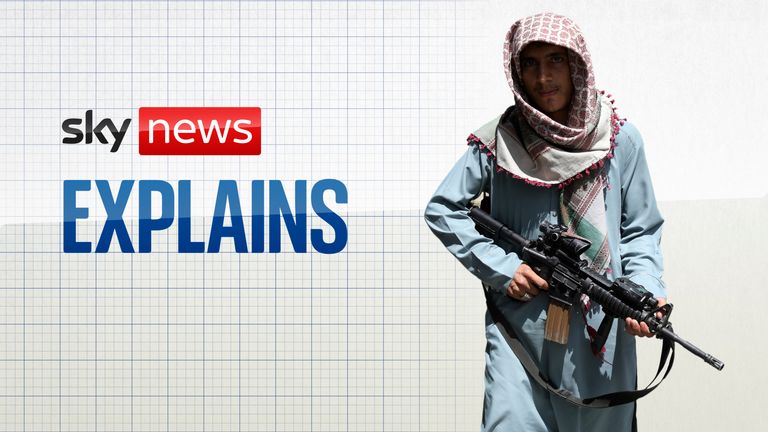 “I do think the terrorist threat is a notch greater today than it was when we were able to operate in Afghanistan,” he said.

“That’s for two reasons; I think, first, because of the risk that we will not be able to monitor terrorist groups and take action against them in Afghanistan itself.

“But I think perhaps the more immediate risk is that those extreme Islamists, violent people who take inspiration from the Taliban success in Afghanistan, might take it into their own hands to carry out attacks.”

Sir John noted how “most of the attacks we’ve had in this country over the last five or 10 years” had come from “homegrown terrorists” and not been directed out of Afghanistan, as the 9/11 attacks on the US were.

“I think the security services will be looking again at radical groups in this country to make sure they are not planning any further attacks to, if you like, mark the success of the Taliban in Afghanistan,” he added.

The current national terror threat level – which indicates the likelihood of a terror attack in the UK – is judged to be “substantial”, meaning that an attack is “likely”.

In November last year, the threat level was raised to “severe” – meaning that an attack was judged to be “highly likely” – following incidents in France and Austria.

However, in February, Home Secretary Priti Patel announced the terror threat level had dropped back down to “substantial”.

There are five different threat levels, ranging from “low” to “critical”, with the Joint Terrorism Analysis Centre (JTAC) – made up of counter-terror experts from the police, government, and security agencies – responsible for deciding at which level the UK should sit. In November 2019, the terror threat level went below “severe” for the first time in five years.

The highest level, “critical”, was last reached in September 2017, in the wake of the Parsons Green train bombing.