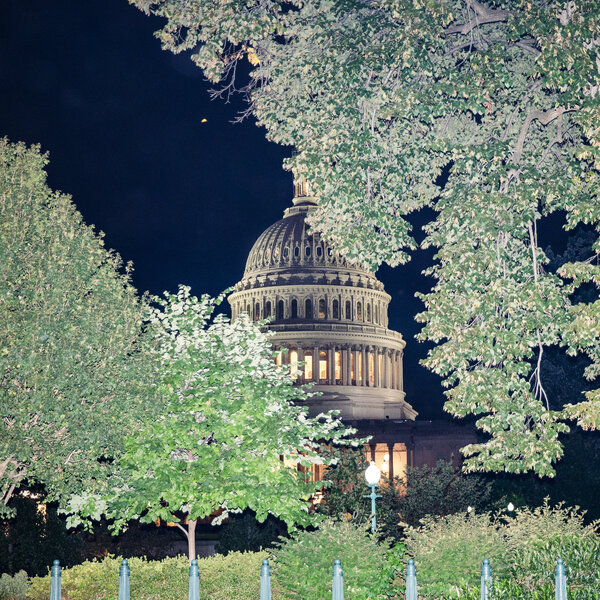 On Sunday, a Senate supermajority invoked cloture on the $1.2 trillion Infrastructure Investment and Jobs Act. Negotiated by the Biden administration and a bipartisan group of 21 senators, the bill would authorize $550 billion in new spending over the next five years, with $110 billion in funding for roads and bridges, $66 billion in funding for freight and passenger rail, and hundreds of billions of dollars more to expand broadband internet access, modernize transit systems, update the nation’s electrical grid and improve water infrastructure.

If passed into law, which it almost certainly will be, the Infrastructure Investment and Jobs Act would be the largest infrastructure bill in decades. And for those who hope to preserve the Senate filibuster against critics who blame the rule for the chamber’s dysfunction, the size and scope of the bill appears to be a point in their favor.

“What you see is when we work together and really put the nose to the grindstone, we can get bipartisan support to move forward,” said Senator Shelley Moore Capito of West Virginia, one of the Republican negotiators on the bill. “That’s what the bipartisan group did, so I think it blunts the argument on the filibuster.”

Or does it? The case against filibuster reform is that the 60-vote requirement to end debate ensures consensus on any given piece of legislation. The bills that pass, much less come to a vote, are those with broad support across the entire Senate. The infrastructure bill — a large package of new spending in all 50 states, as well as Puerto Rico — passes the test with flying colors. But that is exactly the problem.

Consensus in the Senate does not mean consensus among voters; it means consensus among partisan lawmakers in the context of equal state representation. It means that the bills that pass are those that lie outside of the partisan divide. But the people’s business — or the business of the United States, if you prefer — includes issues that fall along that divide. To require bipartisan consensus is to rule those issues outside the scope of congressional power. It’s to take the broad authority granted to Congress by the Constitution and render it nearly inert.

Consider climate change, which has already contributed to deadly heat waves and catastrophic wildfires in this country and abroad. According to a recent survey by the Pew Research Center, 64 percent of American adults say the United States should prioritize “reducing the effects of climate change to ensure a sustainable planet for future generations” and 59 percent believe the federal government is “doing too little” to address climate issues. But public consensus belies partisan division.

This partisan divide shows up in Congress, where it is magnified by the structure of the Senate. Republicans may be in the national minority on climate change mitigation, but that minority is a majority in many of the smallest and most sparsely populated states, where it can elect enough senators to filibuster and kill any stand-alone climate bill with fewer than 60 votes in favor.

A defender of existing Senate rules might say that this is fine, that the Senate is supposed to work according to compromise and deliberation and that partisan bills should fail as a result.

Setting aside the fact that compromise and deliberation can happen within a partisan majority — or that even a substantial bipartisan majority can fall to the filibuster, as happened in 2013 when a 54-vote bipartisan majority was not enough to pass universal background checks in the wake of the Sandy Hook massacre — it is simply not the case that the Senate categorically precludes partisan action.

If the filibuster truly limited the actions of partisan majorities it would be intolerable and the filibuster reforms of years past, including the changes in 2013 under Harry Reid and in 2017 under Mitch McConnell, are a testament to that fact.

What we have instead of a system of forced consensus on all bills is a rule that allows partisan majorities to act in some cases and not in others, where the “other cases” encompass broad areas of policymaking and public concern. Yes, over the last six years large bipartisan majorities have passed laws on issues of low partisan salience and low public attention. But there is more to do in this country than pass the occasional transportation bill or consumer protection act.

Immigration, voting rights and democracy protection are, like climate change, areas of major concern to tens of millions of Americans. Inaction will shape the future character of the United States as much as action. But the parties are more divided than the public. And as long as the Senate privileges partisan minorities over everything other than overwhelming bipartisan majorities, there’s little chance of progress on any of our most pressing issues.

Which is to say that far from undermining filibuster reform, the pending infrastructure bill only underscores the need to free the Senate from the shackle of the supermajority.

The Times is committed to publishing a diversity of letters to the editor. We’d like to hear what you think about this or any of our articles. Here are some tips. And here's our email: letters@nytimes.com.