Norway has managed to temper the effects of COVID-19-related lockdowns and it’s coming out of the pandemic with one of the most robust economies in the world. Local consumers are shopping confidently on home turf, international shoppers are slowly but surely returning, and there’s an array of new developments across Oslo, from new museums to the new arts and culture center Oslobukta.

This has created a newfound appetite for luxury fashion, still a relatively new market for Norway — and both local and international labels are reaping the rewards.

“Norway is gaining confidence and becoming more explorative when it comes to fashion; Norwegians were already early adopters in terms of tech and lifestyle, but are now moving into fashion and leisure at an increasing rate,” said Annette Lund, chief executive officer of the luxury real estate manager Promenaden.

The Norwegians are also looking to make the most of the global momentum around Scandinavian fashion, with local events like Oslo Fashun Festival, which has just joined forces with Copenhagen Fashion Week and will be implementing the same set of 2023 sustainability requirements for participating brands.

There are major retail developments, too: Promenaden has pumped more than $33 million into revamping Oslo’s luxury department store Steen & Strøm, bringing major international beauty and fashion names into the country for the first time and aspiring to “own luxury” in Norway.

The Cape Makes A Return On The Runway

At the same time, some of the city’s independent labels are seeing impressive growth against the odds, and grabbing international attention.

The family-run brand Holzweiler is one such name. Despite the pandemic, the label managed to grow both its e-commerce and wholesale business by 176 and 49 percent, respectively. Its laid-back attitude; quality, sustainable materials, and ability to marry streetwear and tailoring, resonated even more deeply in the current landscape.

The label also caught the attention of global retailers like Net-a-porter, Harrods, Selfridges and Browns while continuing to develop its presence at home since shining a spotlight on Oslo remains a priority.

That’s why the label is investing back into its hometown with Holzweiler Platz, a new retail concept and “dream project” for founders Andreas and Susanne Holzweiler. It’s slated to open in September.

“The pandemic gave us time to really reflect on everything, so we’re even more confident that the time is now to really create this place to eat, think and be. It’s our very own playground,” said Andreas Holzweiler, the label’s CEO.

The idea was to create a space that is as aesthetically pleasing as it is welcoming. Hence the warm wood accents, modernist furniture and curved arches, inspired by the element of water. 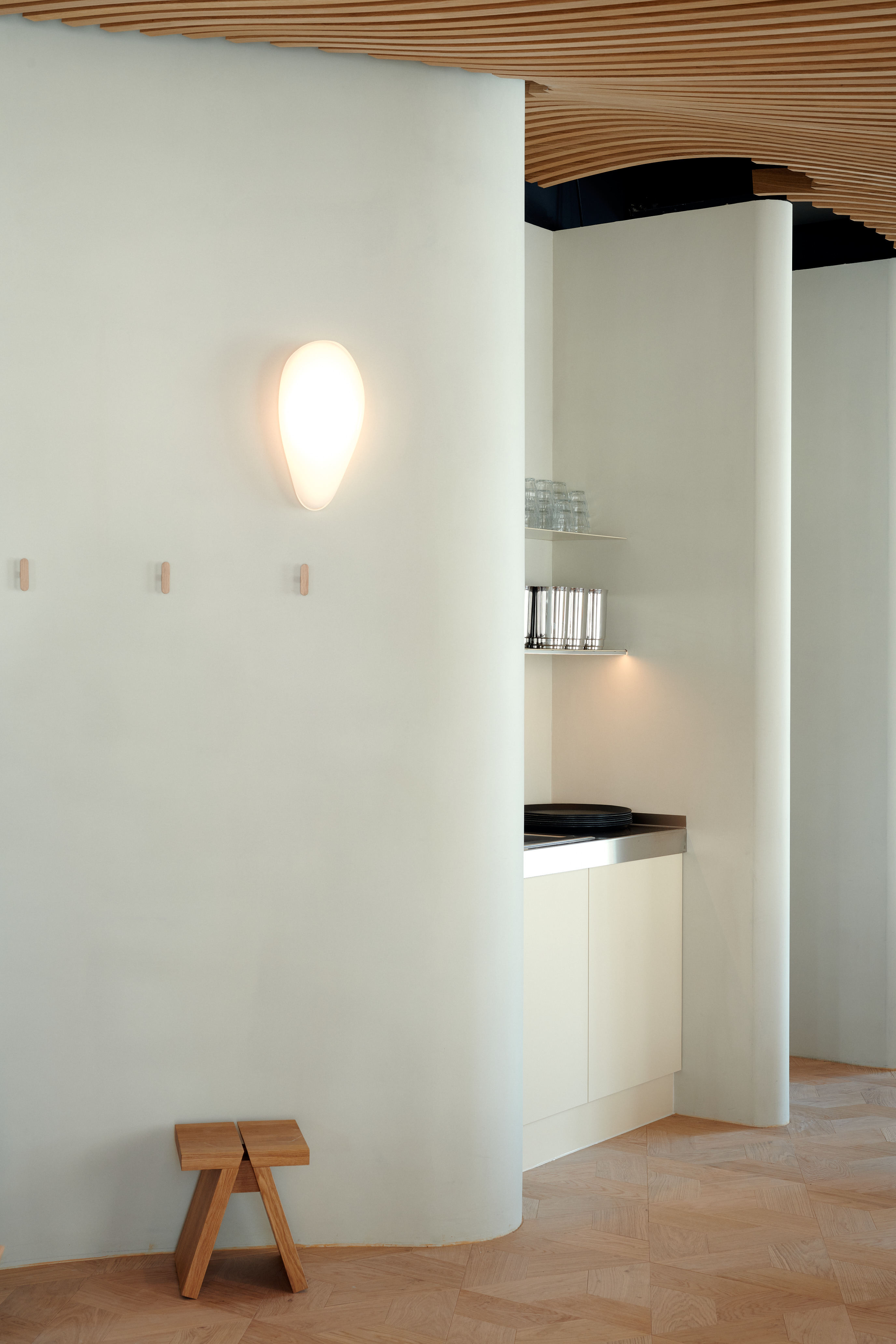 The store will also offer pieces from past collections and a yearly artist exhibition, starting with Marianne Hurum, who will showcase a mix of sculpture, painting, photography and installations.

“We believe that the future consumer is mainly purpose-driven, they expect more than the physical transaction of goods. Brands need to offer a marketplace of ideas. Our goal is to merge fashion, food, art, music and culture into a space with a lot of versatile collaborations both for established, as well as emerging, talents,” added Holzweiler, who admitted that venturing into the restaurant business was harder than he imagined.

It meant taking full ownership of the design of the space, and bringing new talent on board, like head chef Petter Nystrom, who has extensive fine dining experience. Hurum also created bespoke artwork for the restaurant.

It was worth the extra effort, as the new multipurpose space aims to offer a full taste of everything the Holzweilers stand for — namely family, social connections and creativity.

“There is something so unifying about food. Firstly, food is a necessity, while fashion is more of a nice-to-have after all. Secondly, it’s always in the kitchen where everyone gathers, so we wanted to create a place where we could hang with our friends and family and where we could have collaborations, art and architecture come together,” said Holzweiler, adding that new store locations are in the works, with London at the top of the list.

The label this week will also be showcasing its new spring 2022 collection digitally at Copenhagen Fashion Week. 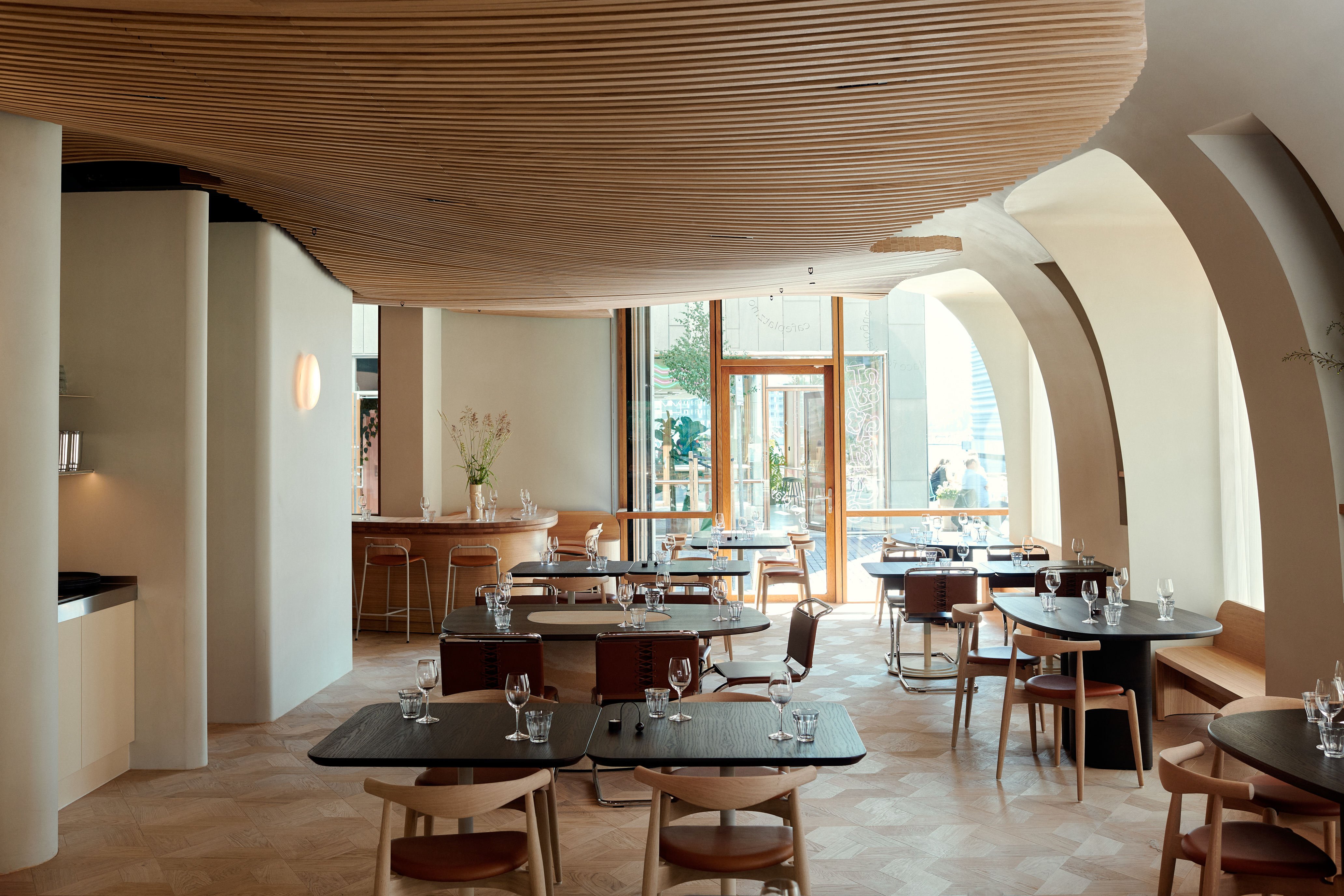 The new Holzweiler space is part of a citywide effort to revitalize Oslo’s creative scene. The store is located in the new waterfront area of Oslobukta, between the city’s Opera House and the new Munch Museum. The area is being developed as a cultural hub to facilitate “trade, discussions and a connection to the rest of the world.”

The ambitious revamp of department store Steen & Strøm, which happens to be the longest-operating department store in the world, is also helping make the city’s luxury retail scene more vibrant and turn Oslo into an important destination for luxury brands.

Real-estate manager Promenaden has invested in the store to create a new beauty hall; new entrance onto Karl Johans gate, the city’s busiest shopping street, and launch brands and concepts that have been missing in Norway — and Scandinavia as a whole.

“The idea was brought on because there was a lack of anything equivalent in terms of scale and quality in Norway. The Norwegian market is strong — both in terms of resilience during the COVID-19 pandemic and as it benefits from one of the strongest purchasing powers in the world,” Lund said.

She pointed to the opportunity of building a new entrance on the Karl Johans gate, which has annual footfall of 13 million, and to tap into Oslo’s growing and increasingly fashion-savvy population. “Steen & Strøm has a history stretching 224 years. It has grown alongside the city of Oslo, both in terms of population — when it first opened, Oslo had a population of 9,000 and it has since grown to 1.5 million — and in terms of urban development, with recent additions to the city such as the National Museum and the Munch Museum.” 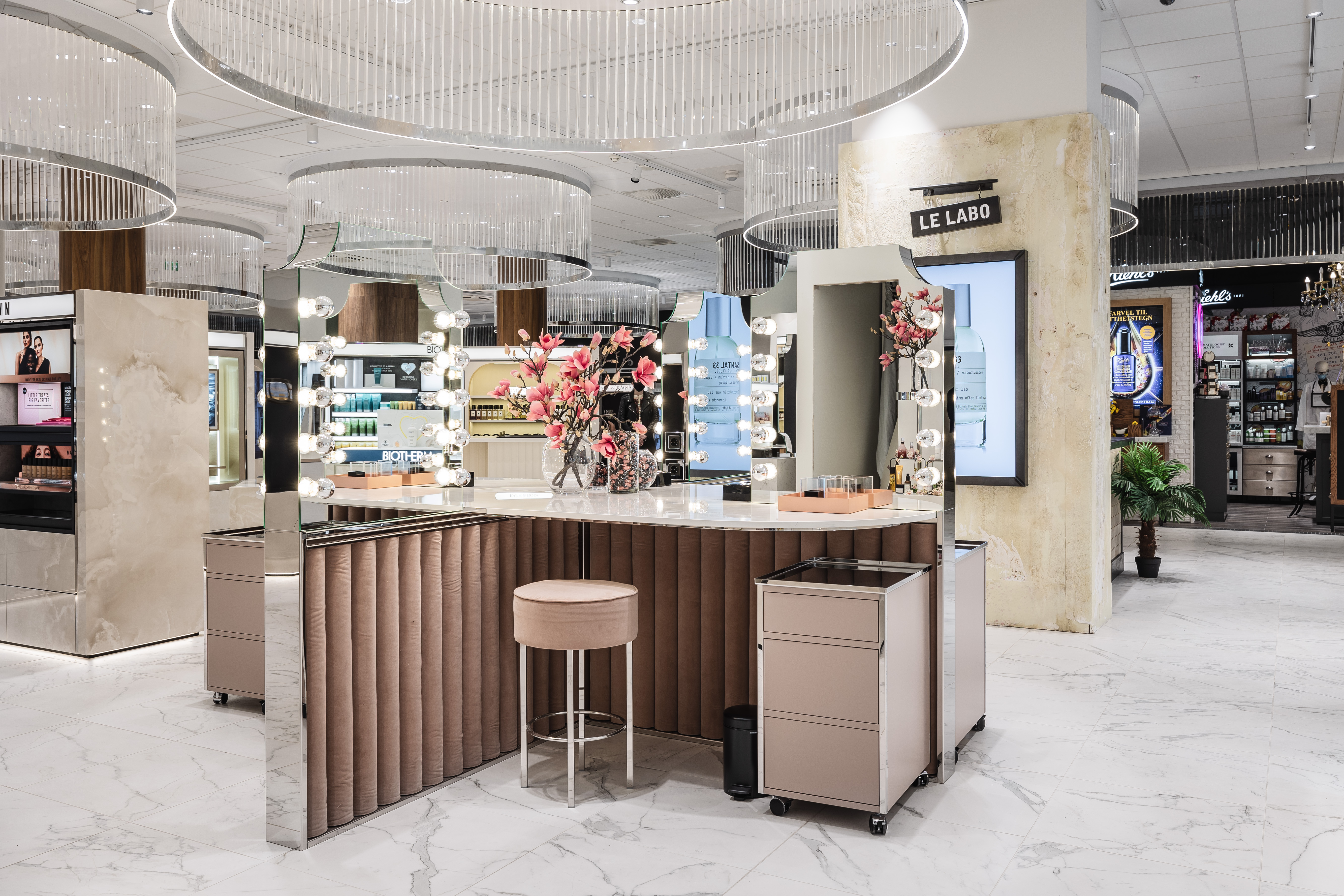 Inside the new Steen & Strom beauty hall. Courtesy of Knut Neerland / Magent AS

The ambitious redevelopment project includes a new interior layout to improve the store’s flow; a French luxury corner; the first men’s grooming space in Norway; the first Dior Beauty boutique in the Nordics, and new tech features to enable customers to try on makeup digitally in the beauty hall.

The result so far is “double-digit growth in terms of both visitor number and turnover” since stores were allowed to reopen in Oslo last May.

There are also continuing efforts to broaden the retailer’s brand mix and help bring major fashion names to the Norwegian market, as local customers have developed a stronger appetite for international labels alongside Scandi staples like Filippa K and Acne Studios.

It’s an appealing opportunity for fashion brands given the strength of the Norwegian market as the world reopens and COVID-19 restrictions lift.

“Norway has taken a relatively light-touch approach to COVID-19 restrictions and stores were trading all the way until the end of January of this year before closing until the beginning of May, which means we have been less impacted compared to other countries, with reports indicating that Norway will be one of the most robust economies to come out of the pandemic,” Lund explained. “Norwegian retail in particular has proved resilient as a result of increased local shopping, with double-digit growth last summer and double-digit growth week on week since reopening in May.”