Wolverine acquired the shares of Lady of Leisure InvestCo Limited, the entity that owns the Sweaty Betty brand, from private equity firm L Catterton and other shareholders. L Catterton invested in Sweaty Betty in 2015.

The acquisition closed Monday and is expected to be accretive to Wolverine’s earnings in year one, according to the company.

The deal also marks a high-profile return by Wolverine to the m&a market to bring a greater apparel component to the corporation thereby transforming certain of its footwear labels into lifestyle brands. Wolverine’s last acquisition was a decade ago when it purchased the Sperry Top-Sider, Saucony, Stride Rite and Keds footwear brands from Payless.

Both Wolverine and Sweaty Betty have experienced momentum this year, in large part due to the resiliency of the categories they each specialize in. Footwear styles for running, hiking and work have been particularly strong sellers at Wolverine Worldwide, and footwear competitors such as Nike and Foot Locker have also reported strong recent results. Active and athleisure wear have been strong-selling categories across retail through the pandemic and well before, bolstering Sweaty Betty and direct competitors such as Lululemon, Athleta, Fabletics and Under Armour.

“Sweaty Betty is a strategic fit for us, frankly, in a very fast-growing market,” Blake W. Krueger, Wolverine’s chairman and chief executive officer, said in an interview.

“There are some synergies and it’s accretive. They don’t do footwear today. We know we can help them in that regard. The fact is they already had a pre-planned collaboration with Merrell, one of our 12 brands, that was well underway before the acquisition. In addition, they can help us with some apparel opportunities in Merrell, Saucony and maybe a couple of other brands,” Krueger said. “In that respect, it’s a great dovetail fit.”

According to Brendan Hoffman, Wolverine’s president since September who will soon succeed Krueger as CEO, “When Blake and the board recruited me, they were very assertive they wanted to bring m&a back into the company’s competency. It’s been awhile.”

M&A is key to the strategy of building a bigger, more comprehensive apparel business to complement Wolverine’s well-developed footwear business.

“To take full advantage of the power of a brand, you need to have more categories,” Hoffman explained. “You need to be a lifestyle brand. Whether it’s us expanding beyond shoes into apparel and accessories, or whether it’s Sweaty Betty expanding beyond apparel into shoes and accessories, that’s where we can support each other and will allow us to be more important from an e-commerce standpoint and ultimately be able to open up stores around the world which we both have already started doing.”

During the pandemic, Sweaty Betty closed all of its stores in the U.S. though there were only a handful. “The opportunity to have a blank landscape [in the U.S.] to open retail stores is one they are very excited about and anxious to lean into with us – immediately,” said Hoffman. “We have a huge competency around the world. Half of our brands are sold around the world. There are so many regions we are going to unlock for them.”

Despite the retreat from brick and mortar retailing in the U.S., Hoffman said Sweaty Betty’s e-commerce business in the States is thriving. “They are taking market share,” said Hoffman, noting that Nordstrom in 2018 became the brand’s exclusive U.S. retail partner. Sweaty Betty also sells inside Harrods and Selfridges in the U.K., and has 65 freestanding stores in the U.K. and Hong Kong. Originally, the company sold different brands but eventually switched to selling product only under its own label.

Asked if Sweaty Betty would produce apparel under different Wolverine brand labels, Hoffman replied, “We are going to see where that leads us, where they can lean in on apparel, and where we can lean in on footwear. That’s going to be part of the fun of cross synergizing these businesses.” 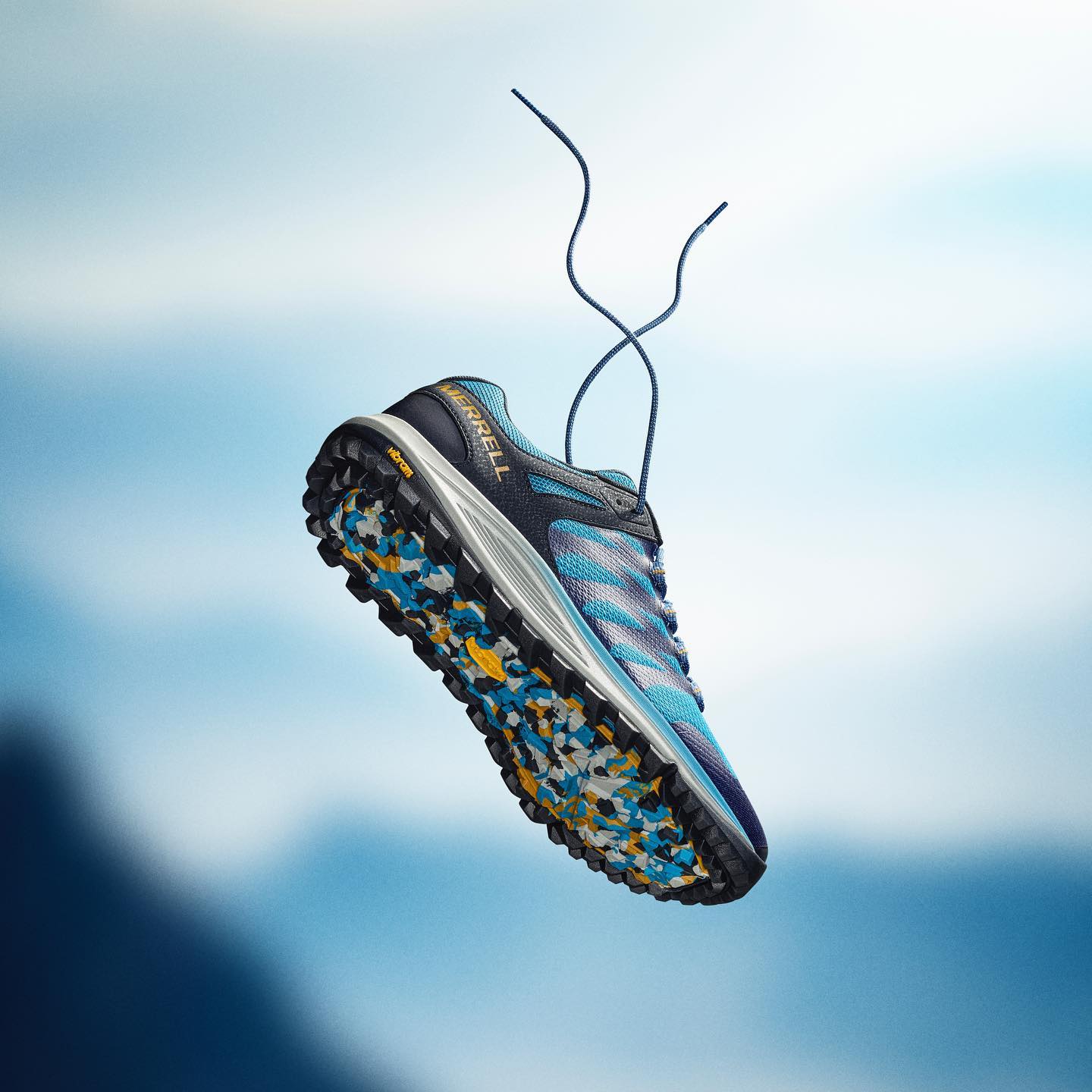 “But we think the brand, in and of itself, has tremendous growth opportunity in front of it. Our brands are in 170 countries around the world. We have long-term, 20, 30-year distribution partners in those markets. We have a lot of distributors.

“The nice thing about Sweaty Betty is that from an international standpoint it comes as a complete package,” Krueger added. “They have a proven store concept. They have proven digital capabilities and assets, and a very strong e-commerce business, and they have a product flow that is focused on the consumer. The U.S. market and Asia Pacific are basically wide open at this point.

“Sweaty Betty is smaller than Athleta or Lululemon, but I will say that its net promoter score is significantly above the competition,” Krueger noted. “Its consumer spends significantly more than the consumers of its competitors. It’s a brand that has strong consumer affinity.”

Sweaty Betty, a vertically-integrated business, according to Krueger generates 70 percent of its business in e-commerce, flows product like a retailer, and started as a D-T-C business when it was founded in 1998.

“Some of our largest brands are in 150 to 170 markets around the world and we believe that lifestyle brands have a strategic advantage over single category brands. Several of our larger brands – Saucony, Merrell, Sperry, Wolverine – already have some apparel and accessory businesses. We think those businesses can be significantly larger.”

Sweaty Betty’s CEO, Julia Straus, will continue to lead the brand and will report to Hoffman.

“Sweaty Betty has seen incredible growth over the past few years, and we are excited to further accelerate this growth as part of the Wolverine Worldwide family,” said Straus, in a statement. “From the moment I met the team at Wolverine Worldwide, I knew they were the right partner to support us in the next chapter of Sweaty Betty. Their portfolio of purpose-driven heritage brands, knowledge and expertise in building performance brands, robust international distribution, and supply chain expertise provides a strong platform to expand Sweaty Betty and further our mission to ’empower more women through fitness all over the world,’” Straus said.

“We founded Sweaty Betty in 1998 with the purpose to empower women through fitness, and today we are delighted to have found the right partner in Wolverine Worldwide, a company that is perfectly positioned to support the acceleration of our mission,” Tamara and Simon Hill-Norton, founders of Sweaty Betty, said in a joint statement. The couple is not actively involved in the operations of Sweaty Betty but will play an informal role as advisers to Wolverine. The alliterative, irreverent name Sweaty Betty was Tamara’s invention and her way of challenging the notion that it’s not cool or unladylike to sweat, so she juxtaposed “sweaty” with “Betty.”

Krueger and Hoffman said no major changes in the Sweaty Betty team are contemplated.

Krueger also said that Wolverine will continue to consider potential acquisitions on the market but stressed that the priority now is growing Sweaty Betty and making it more of a success than it is currently.

Wolverine was recently briefly rumored to be one of the parties interested in purchasing Reebok from Adidas. Krueger declined to comment on that. Recent media reports no longer list Wolverine as an interested party. The Sweaty Betty deal makes a Reebok deal even more remote.

Asked what Sweaty Betty sells best, Krueger said, “They are very strong in women’s bottoms, tights. In the U.K. they call that ‘bum sculpting.’ Coming from the U.S., it’s a term I had to get used to. But that’s where they really got their first start and built their reputation.”

Sweaty Betty is also known for innovative prints, combining fitness and style with technical high-performance fabrics, and for responsibly-sourced materials.

In his official statement Tuesday morning, Krueger said, “The acquisition of Sweaty Betty complements our strategic shift over the last several years from a traditional footwear wholesaler into a consumer-obsessed, digital-focused growth company. It also gives us a leadership position in the growing women’s activewear category.”

“Sweaty Betty aligns perfectly with our strategic growth plan for Wolverine Worldwide, as we focus on growing digital channels, expanding our international footprint, and building our brand portfolio beyond footwear,” said Hoffman, in his statement. “Sweaty Betty’s expertise and focus on apparel, female consumers, and best-in-class digital execution has proven to be a winning combination. We are excited to support the brand’s continued growth while learning from its digital-first mindset and leveraging that strength across our portfolio.”

Wolverine sees demand for its brands accelerating and expects to deliver “meaningful growth this year over both 2020 and 2019,”  Krueger said recently. “Merrell and Saucony, our two largest brands, both achieved all-time record quarterly revenue — more than doubling their combined revenue year-over-year and driving combined revenue growth of more than 40 percent versus 2019.”