Two athletes living at the Olympic Village in Tokyo have tested positive for COVID-19.

The unidentified competitors have now been taken into isolation as organisers try to establish the close contacts of the athletes concerned.

It comes after a third unnamed athlete tested positive following their arrival in Tokyo, but they are not currently at the Olympic Village. 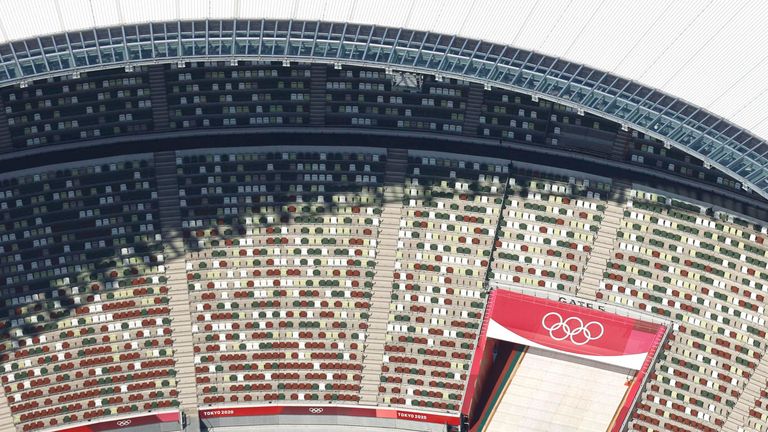 Tokyo 2020 had promised that the Athlete’s Village in the Harumi district of the Japanese capital would be one of the most COVID-secure environments possible.

The first case to be confirmed within the village was a Games worker who tested positive during the routine screening that everyone living there has to undertake.

The news that competitors will now have to isolate will certainly hit their training schedules and could even jeopardise their participation in the Games.

The two positive athletes and worker at the village are all from the same country, whilst Reuters news agency is reporting that three members of South Africa‘s under-23 football team for the Games have also become infected.

Sir Matthew Pinsent, who won four consecutive Olympic golds between 1992 and 2004 for Great Britain in rowing tweeted Sky News that the news “is a concern”.

He added: “It’s a big concern – the level of COVID security around the village and the Games itself is immense. To have the virus get past it early is a massive concern to the organisers.”

Team GB have their own 12-storey residential block within the village and confirmed to Sky News that none of the positive cases have not been connected to them.

Strict entry procedures are in force, everyone is tested every day, and athletes are regularly reminded about their infection-control responsibilities.

The GB block is also kitted out with measures to try and minimise infection risk, such as self-cleaning lift buttons and door handles. 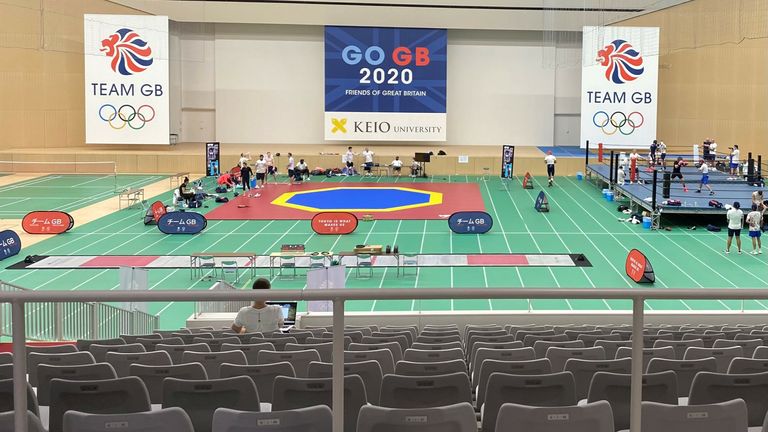 It has been confirmed that International Olympic Committee (IOC) member Ryu Seung-min, who won a gold medal in table tennis in 2004 for South Korea, tested positive for the coronavirus at Tokyo airport.

He is reportedly being held in isolation and was asymptomatic.

In total, 11,000 athletes are due to spend time living in the village but will spend fewer days in Japan than they would at a regular Olympic Games.

On Saturday, IOC President Thomas Bach acknowledged the ongoing protests in Tokyo and concerns it could become a super-spreader event.

“We are well aware of the scepticism a number of people have here in Japan,” he said. “We ask and invite the Japanese people, humbly, to welcome and support the athletes from around the world.”

A total of 55 people linked to the Games who have arrived in Japan since 1 July have now tested positive.

Tokyo is under a state of COVID emergency due to rising cases, yet hospitals are not reporting widespread problems with the numbers of admissions for treatment.

The city recorded 1,410 new cases on Sunday, the highest figure in six months.

While spectators have been banned from attending the Games, they are due to start on Friday.

The capital and three neighbouring regions remain under a state of emergency until 22 August – 14 days after the Games end.