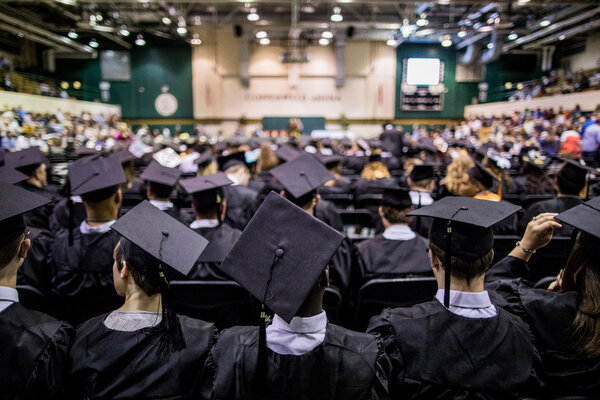 WASHINGTON — What was once considered a progressive dream for the nation’s education system could be headed toward reality as Democrats push forward to broker a deal on a new spending plan containing President Biden’s most ambitious domestic policy goals.

Included in the list of programs Democrats agreed this week to include in their $3.5 trillion budget blueprint are Mr. Biden’s campaign proposals to offer prekindergarten enrollment for every 3- and 4-year-old in the country, and tuition-free community college to every young adult. So far, both proposals are drawing widespread support from the Democratic coalition and are expected to remain priorities as the party’s top leaders seek to deliver on bedrocks of Mr. Biden’s $4 trillion economic plan.

“Infrastructure’s about roads and bridges, but it’s about the other things we need to have a fully engaged and active work force,” said Senator Elizabeth Warren, Democrat of Massachusets. “That means child care for parents. It means early childhood education, giving our kids the right start. And that means post-high school education or training. That’s what it’s going to take in the 21st century.”

The deal reflects a watershed moment in a movement that for at least a decade has called for expanding the public education system to level the playing field for students from “cradle to career.”

“This is changing how we think about our expectations for public education for our society,” said John B. King Jr., a former education secretary under President Barack Obama who is now the president of the Education Trust, an equity-focused think tank. He added, “Making a universal commitment to 17 years, rather than 13 years, of schooling is a ‘New Deal’ style vision for what a healthy and thriving society looks like in the 21st century.”

Mr. King, who is a Democratic candidate for governor in Maryland, said that Mr. Biden was poised to achieve what Mr. Obama’s administration could not. The plans for universal prekindergarten and free community college mirror proposals made then that could not even get a hearing in Congress.

“This shows elections have consequences,” he said, “and reflects an amazing transformation of our politics over a short period of time.”

There are no details yet of what the mammoth deal will contain, and the overall spending figure could shrink. But plans for universal pre-K and community college outlined in Mr. Biden’s $1.8 trillion package of economic proposals, known as the American Families Plan, called for $109 billion to fund two years of tuition-free community college for all. The administration estimated that would benefit millions of students, particularly minority and low-income students, who face economic barriers to obtaining a degree.

It also proposed $200 billion to pay for free pre-K programs, after evidence has grown for decades that unequal access creates achievement gaps among children before they reach kindergarten.

The package comes at a pivotal time, with both the higher education and K-12 sectors reeling from the effects of the coronavirus pandemic.

Community college enrollment fell by about 10 percent from 2019 to 2020, with the steepest declines occurring among Black and Latino students, according to the National Student Clearinghouse. Preschool enrollment declined by nearly 25 percent over the past year. As of December, about half of 4-year-olds and 40 percent of 3-year-olds were attending pre-K, including virtually.

Only 13 percent of children living in low-income households were receiving an in-person preschool education in December, according to the National Institute for Early Education Research.