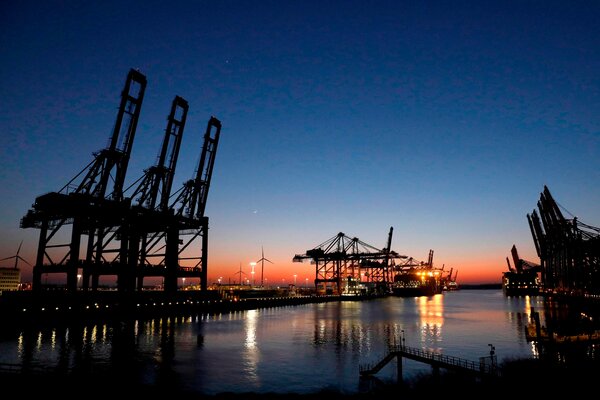 Europe plans to move away from fossil fuels, with an ambitious fleet of new policies that would include eliminating sales of new gas- and diesel-powered cars, raising the price of using fossil fuels and imposing tariffs on countries with looser climate rules — potentially setting off trade disputes with the U.S. and China.

If it all goes through, airlines and cargo ships will require cleaner fuels. Steel makers and other manufacturers will need to pay more for emissions credits. Electricity producers will be pushed to speed up the switch to wind, solar and hydropower instead of coal.

The move is a big step toward a global goal of reaching a carbon-neutral economy by 2050. But it’s just the start of what will be a bruising two-year negotiation among industries, countries and the European Parliament.

New taxes: The carbon border tax, as it’s known, would be the first of its kind. Here’s how it would work. In the U.S., Democrats hope to impose a similar tax on imports from nations that lack aggressive climate policies.

U.S. budget: Democrats vowed to push through a $3.5 trillion budget blueprint to vastly expand social and environmental programs, including policies that would make combating climate change a top priority.

Related: In South America, portions of the Amazon rainforest are now emitting more carbon dioxide than they absorb, a new study suggests.

Responding to a surge in cases of the highly infectious Delta variant, President Emmanuel Macron issued a stern warning on Monday: Life for unvaccinated French people will quickly become miserable.

Beginning Aug. 1, those without a “health pass” showing that they have been vaccinated or recently tested negative for Covid-19 will not be admitted to restaurants, cafes or movie theaters, and they will not be able to travel long distances by train, the president said.

In the 48 hours since, more than 2.2 million people have signed up for shots. The remarks are an about-face from Macron’s April declaration that such a health pass would “never be a right of entry that differentiates between French people.”

Analysis: “‘If you want to be free and responsible, you vaccinate — your choice and your consequences.’ That was the president’s message,” said Jacques Rupnik, a political scientist. “The risk, however, is of a dual, or two-speed, society.”

A widening gulf: Data from a number of countries, particularly Britain, suggest that the spread of the virus will set vaccinated and unvaccinated communities on very different paths as the Delta variant gathers pace.

New coronavirus cases in the Netherlands skyrocketed by more than 500 percent last week. The country’s prime minister, Mark Rutte, has apologized for having lifted restrictions too hastily.

The test positivity rate in New York City has recently doubled, jumping to about 1.3 percent on average.

The Taliban are strategically pressing in on provincial capitals as they seek to tighten the noose around the capital, Kabul, by sewing up the countryside, cutting off the road network and squeezing the increasingly enfeebled central government.

In the northern city of Kunduz, vendors take cover during daily firefights between the Taliban and government forces, reopening their stalls when the air clears. “It’s permanent war,” said Mustafa Turkmen, a carpet seller. “No one can come here, and no one can leave. Every night when I wake up, I hear gunfire.”

Dozens of civilians have been killed and injured, and up to 70 arrive at Kunduz Regional Hospital each day, the hospital’s director said. More than 35,000 residents in and around Kunduz have been forced out of their homes, according to the U.N.

Elsewhere: In Helmand Province, members of the council warned that the capital, Lashkar Gah, was on the verge of collapse. On Wednesday, the Taliban said they had captured an important border crossing with Pakistan, the fourth crossing they had seized in less than a month.

“Operation Allies Refuge”: The Biden administration will begin evacuating Afghans who helped the U.S. during the 20-year war and who could face revenge attacks by the Taliban.

News From the U.S.

A Los Angeles judge has ruled that Britney Spears may choose her own legal representation, signaling a new phase in the battle to end the conservatorship that controls the singer’s life.

Dozens of wildfires are burning in the U.S. The largest, the Bootleg fire, has scorched more than 200,000 acres in Oregon.

The F.B.I. mishandled its investigation into Larry Nassar, letting the former gymnastics doctor continue to abuse victims, a watchdog has found.

Using footage captured by Palestinians in Gaza, The Times’s video team made a documentary on the toll of the deadly 11-day war between Israel and Hamas this spring.

Twelve people, including nine Chinese nationals, were killed in Pakistan when their bus fell into a ravine after an explosion.

Pope Francis has left the hospital and returned to the Vatican, 10 days after colon surgery.

Angela Merkel took a victory lap in her last visit to Washington as Germany’s chancellor.

Appointments at U.S. passport agencies are elusive because of a huge backlog, and processing time for renewals by mail is lagging by 10 weeks or more.

Ahead of the Summer Olympics, officials are rethinking a ban on a swim cap designed for Black hair.

A father spent nearly 24 years biking across China to look for his kidnapped son. This week, in an ending fit for Hollywood, the family was reunited.

“I don’t have a problem with the way I see,” the filmmaker James Robinson says in this moving video essay for our Opinion section about life with a number of unusual eye conditions. “My only problem is with the way that I’m seen.”

The dark side of chess

Grandmaster is the highest title a chess player can achieve, one that even the brightest stars take years to earn. Players must do very well in tournaments and attain a series of benchmarks, called norms, at qualified events.

Since 1950, nearly 2,000 players have become grandmasters. But only the top 30 can expect to create a sustainable career from chess. So some young players, and their often-obsessive parents, are setting their sights on a new goal: the title of youngest grandmaster.

That can open “a door to global acclaim and corporate sponsorships and invitations to the biggest tournaments,” Ivan Nechepurenko and Misha Friedman write in The Times.

But becoming a grandmaster can involve more than simply winning. Many players have cut side deals with organizers and other top competitors. “If I went to the effort, I think I could get my dog a grandmaster’s title,” said Nigel Short, the vice president of the governing body for chess.

Read about the world of “norm factories,” payoffs, match fixing and more here.

Try crispy tofu with sweet-and-sour sauce as a vegetarian alternative to chicken nuggets.

The novel “Elena Knows,” by Claudia Piñeiro, is a tight and terse mystery set in Buenos Aires.

“The French Dispatch,” Wes Anderson’s forthcoming movie, received an eight-minute standing ovation at Cannes. Here’s how the ovation played out, beat by beat.

P.S. The Times has appointed Jason Sobel, an experienced engineering leader formerly of Airbnb and Facebook, as its chief technology officer.

The latest episode of “The Daily” is on the heat in the Pacific Northwest.

Sanam Yar wrote today’s Arts and Ideas. You can reach Natasha and the team at briefing@nytimes.com.