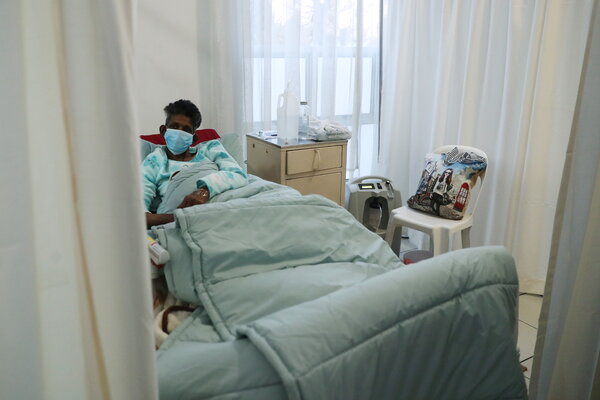 NAIROBI, Kenya — The coronavirus is sweeping across Africa at a pace not seen before in the pandemic, the World Health Organization said on Thursday, highlighting the severity of a third wave driven by the spread of the Delta variant.

One million Covid infections were reported in Africa in the past month alone, pushing the overall caseload to six million, according to the W.H.O., which urged wealthier nations to distribute more vaccine doses.

Over a month, that is the fastest growth of new cases so far in Africa, Dr. Matshidiso Moeti, the health organization’s director for the continent, said in an online news conference. By comparison, it previously took three months to go from four million to five million total cases.

The situation in at least 18 African countries paints a grim picture, and with limited vaccine supplies, many nations on the continent have been unable to contain a new surge in infections. Unlike in places like the United States or Europe, where inoculations are relatively widespread, the effect of the Delta variant in Africa has seen hospitalizations rise, while deaths have surged 43 percent in the past week on the continent.

The Delta variant has been detected in 21 of Africa’s 54 countries, with Algeria, Malawi and Senegal among the countries experiencing a surge in infections.

The resurgence has pushed several governments to impose new lockdown measures, including restricting movement between cities, extending curfew hours, and shutting down schools.

The coronavirus has left already-fragile health systems even more strained, overwhelming doctors and nurses and draining limited oxygen supplies. At least five countries have reported shortages in intensive care beds, including South Africa, which has been particularly badly hit. Hospital admissions have increased in 10 others.

A W.H.O. survey of six African countries during the current wave showed that they were producing only a third of the medical oxygen they needed. Dr. Moeti said that monoclonal antibodies, which have been recommended for high-risk patients, were out of reach for many Africans.

Even as cases rise, only about one percent of people in Africa have been fully immunized. And of the continent’s population of more than a billion, just 52 million have received even one dose of a vaccine — that accounts for only about 1.6 percent of the 3.5 billion who have been vaccinated worldwide, according to the W.H.O.

Dr. Jean-Jacques Mbungani Mbanda, the minister of public health in the Democratic Republic of Congo, urged wealthy nations to step up vaccine donations. Congo, where dozens of lawmakers have died after contracting the virus, has faced a severe wave, with more than 70 percent of the sequenced cases attributed to the Delta variant, Dr. Mbanda said on Thursday.

“The vaccine is the only way to reduce the extent of deaths,” he added. Only 2.2 percent of Congo’s nearly 90 million people has received at least one dose of a coronavirus vaccine, according to a New York Times tracker.

On Thursday, W.H.O. officials also pressed wealthier nations to steer away from considering booster shots and instead focus on their global responsibilities to ensure fair access to coronavirus vaccines.