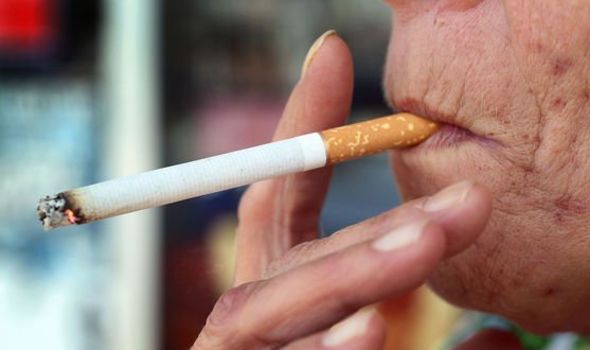 Industry sources have told the Sunday Express that a series of mistakes made by the body given the task of regulating public health in England led to controversially banned menthol cigarettes continuing to be smoked in the UK.

Among the errors made was a failure by PHE to acknowledge in its procedures that Britain had left the EU on January 30, 2020.

The revelations have come at a time when PHE’s future has come under scrutiny because of its early problems with the covid pandemic with MPs suggesting it needs to be replaced.

The controversial ban on menthol flavoured cigarettes, which affected the UK and Poland the most, was agreed by the EU in 2014 and came into effect in May 2020 after Brexit was completed.

But in June 2020 new products including New Superking Green and Sterling New Dual with menthol were launched by tobacco giant JTI accounting for around £1 billion in sales in the UK since.

The EU immediately launched an investigation but PHE in Britain deferred to Brussels to carry out the inquiry.

A source told the Sunday Express: “In January 2021, PHE got the memo that Britain had in fact left the EU and was no longer subject to EU jurisdiction, and launched their own investigation.”

This was followed with a tender at an expense of £50,000 to the British taxpayer to ask people to smoke menthol cigarettes and confirm that they do.

The source added: “Despite this, three months later the tender was scrapped as no bidders came forward.

“As a result, a whole year of Government time was wasted to no avail, whilst the smoking population happily continued buying and smoking banned tobacco products.

“The only people to have seen any benefits from this have been the tobacco companies themselves; whilst the only ones to have been harmed by PHE’s course of action are the half a million smokers who missed out on support in switching to less harmful alternatives.

“We can only hope that the new Secretary of State for Health and Social Care takes action to end PHE’s incompetence.”

A spokesman for PHE said; “Public Health England has communicated with manufacturers to alert them of its concerns that certain tobacco products that may have a characterising menthol flavour are still being sold. PHE is in the process of commissioning additional testing of cigarettes and an independent expert assessment of several products.”

PHE has also said it has communicated with manufacturers to alert them of its concerns that certain tobacco products that may have a characterising menthol flavour are still being sold in the UK.

“Cigarettes with a characterising menthol flavour have been banned from May 20, 2020. We are confident all our products are fully compliant with UK law.”