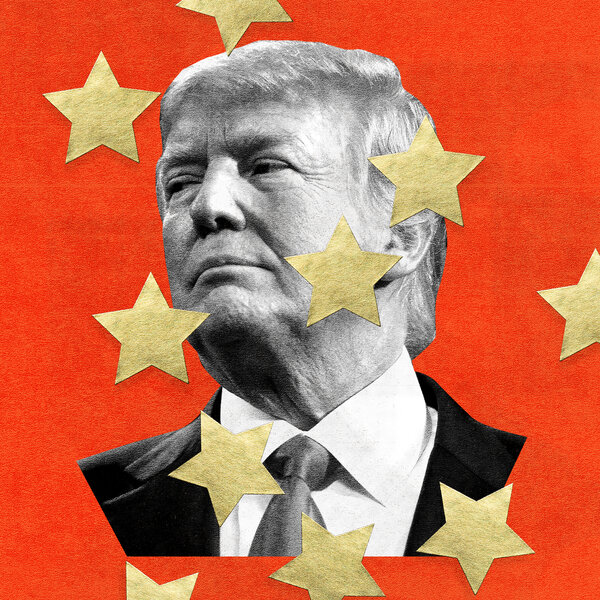 James Buchanan has long occupied last place in the rankings of U.S. presidents, but thanks to Donald Trump, it looked as if he was on the verge of surrendering that ignominy. After all, Mr. Trump seemed to be the strongest candidate in the last 100 years to displace Buchanan. Unfortunately for Buchanan, the 142 presidential historians who participated in C-SPAN’s just released 2021 Presidential Historians Survey decided otherwise.

Apparently, Buchanan’s encouragement of the Supreme Court’s decision upholding slavery in the Dred Scott case, endorsement of fraudulent election results in the Kansas territory to support its admittance to the Union as a slave state, and failure to respond to states seceding from the Union were viewed as more egregiously incompetent than Mr. Trump’s being the only president to stand in the way of the peaceful transfer of power and mishandling a pandemic that led to more than 600,000 deaths in the United States so far.

For the country’s sake, there will hopefully be no future contenders for the title of Worst President Ever.

With the passage of time, historians have become more generous in their evaluations of the performance of Republican presidents, such as Dwight Eisenhower and Ronald Reagan. But time will not be as kind to Donald Trump.

Mr. Trump has yet to be held accountable for many of his actions while in office, including the cases of obstruction of justice cited in the Mueller Report, perpetrating the “Big Lie” relating to the 2020 presidential election, and inciting the deadly insurrection at the Capitol. In addition, the prosecution of the Trump Organization by the Manhattan district attorney is only the start of several criminal cases likely to be filed against Mr. Trump in various states.

When C-SPAN issues its next presidential rankings, Mr. Trump could very well displace James Buchanan at the bottom of the list.

When you attempt to overthrow the United States government, that makes you the worst president ever no matter what else occurred while you were in office.

How My Father, Edgar Snow, Reported on China

Re “Xi Issues a Warning to the World: China’s Rise Can’t Be Stopped” (front page, July 2):

Before the centennial of the Chinese Communist Party, Foreign Minister Wang Yi urged reporters to emulate the American journalist Edgar Snow (my father), author of “Red Star Over China,” the classic account of the rise of Chinese Communism. China Daily inaugurated the “Edgar Snow Newsroom,” encouraging journalists to “present a true, multidimensional and panoramic view of China.”

These events were interpreted as a call to report only positive news about China and avoid criticizing the country, prompting some to claim that Snow’s relations with Mao Zedong were “cozy” and his independence “compromised.” In truth, Snow believed in free, independent and factual reporting. He repeatedly resisted efforts by others to dictate, alter or censor what he wrote, be it Chiang Kai-shek, Joseph McCarthy, Stalinist officials in Moscow or Chinese and U.S. officials during the Cold War.

Those who think that Edgar Snow would support the repressive policies of the current Chinese government toward journalists are either ignorant of the real meaning of his work or guilty of using him for their own purposes.

Those Left Behind in the Recovery

Re “New York Trails Rest of the U.S. in Virus Rebound” (front page, June 21) and “The American Renaissance Has Begun,” by David Brooks (column, June 18):

The forecast for an uneven economic recovery in New York City sharply contrasts with the bright report of an economic renaissance amid Covid by Mr. Brooks. As he observes, many people have moved out of New York City and San Francisco to more rural areas like Idaho and the Hudson Valley. A sizable number of these urban-to-rural migrants are well-off and are working from home.

If that fortuitous arrangement outlives the pandemic, prospects for an “economic boom and social revival” will almost certainly leave behind hourly workers and small-business owners who depend on urban commuters.

Work from home is either impractical or simply proscribed for the majority of low-wage workers. It is this large segment of the labor force that seems least likely to “burst out of the gate” as the economy reopens.

Matthew Auer
Athens, Ga.
The writer is a professor of public and international affairs at the University of Georgia.

Outdoor Dining? For Me, Not Yet

The original purpose of building outdoor dining structures this last year was to ensure the air flow and social distancing made necessary by the pandemic. These two qualities are sadly lacking in many of the restaurant structures I had hoped to dine in but could not safely choose.

As someone whose health issues preclude vaccination, I must note and complain that many of these structures do not meet these standards.

Yes, design of these outdoor rooms is becoming more attractive and even impressive. But they really don’t meet my needs of adequate ventilation and room for social distancing. I had hopes of easily choosing a place to dine, but sadly, I must wait until we accomplish herd immunity.