The president’s aides say they have found ways to replace lead pipes, wire homes for broadband and build charging hubs for electric cars, for less money than initially proposed. 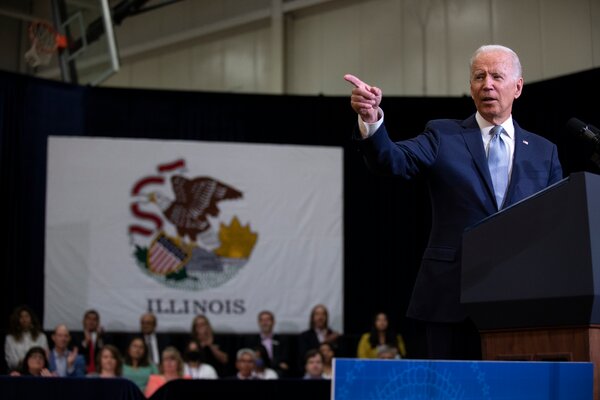 President Biden and his team have entered a “do more with less” phase of his economic agenda, dictated by the political realities of a closely divided Congress.

The American Jobs Plan that Mr. Biden unveiled in March included $330 billion in new spending that the administration promised would replace every lead drinking pipe in America, connect every home to high-speed internet and build 500,000 charging stations for electric cars and trucks.

The compromise agreement that Mr. Biden struck with centrist senators last month would still accomplish all of those goals, White House officials insist — even though it spends only about 40 percent of what Mr. Biden initially proposed for broadband, electric vehicles and water infrastructure.

Biden aides say they have found creative ways to stretch federal dollars, often by leveraging private investment, in order to maintain the president’s top goals for his economic program. But they have had to scrap other targets as a result, and Mr. Biden is now barreling toward another round of potentially difficult compromises, this time forced by moderates in his own party, over the second half of his agenda, known as the American Families Plan.

In a speech on Wednesday, Mr. Biden gave no hint that he was scaling back his ambitions.

“It’s time that we have to think bigger and we have to act bolder,” Mr. Biden said at a community college in suburban Chicago, his latest stop in a tour to rally support for his agenda.

Using sweeping rhetoric, the president compared his ambitions to those of former President Ronald Reagan, who presided over an economic boom during his eight-year tenure.

In 1984, “Ronald Reagan was telling us it was an American morning,” Mr. Biden said, referring to Mr. Reagan’s re-election campaign ad that bragged that it was “morning in America” because of his policies.