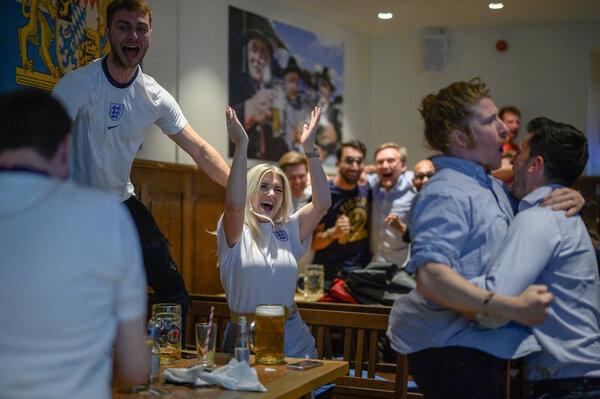 Prime Minister Boris Johnson said on Monday that the government would very likely lift most remaining Covid rules in England on July 19 and leave it up to people to decide whether to keep wearing masks on public transportation and in confined spaces.

The announcement drew fire from local officials and scientists, who said the government was putting more vulnerable people at risk and being overly casual at a time when the coronavirus continues to course through the population.

Beginning July 19, nightclubs will reopen and curbs on numbers of people in theaters and cinemas and at live events will be removed. The gap between vaccination shots for those 40 and younger would be shortened to eight weeks, allowing the rollout of vaccines to be stepped up.

Quotable: “Wearing a mask is not to protect yourself, it is to protect others, which is why it has to be a requirement on public transport,” said David King, a former chief scientific adviser to the government.

By the numbers: Britain reported 27,334 new cases on Monday and 178,128 over the last week, an increase of 53 percent over the previous week. Deaths and hospitalizations are rising more slowly.

Germany announced that it was lifting a ban on entry for British travelers who were not German residents or citizens.

Xavier Bettel, the prime minister of Luxembourg, was in “serious, but stable” condition with Covid-19 at a hospital on Monday, the State Ministry in Luxembourg said.

Hundreds of Italian health care workers have sued local health authorities in an attempt to avoid being suspended after they refused to be vaccinated against Covid-19.

Four more bodies were found at the site of Champlain Towers South, a collapsed condominium building in Surfside, Fla., on Monday, after rescue crews resumed their search following the demolition of the remainder of the building, officials said. That brought the death toll to 28.

The search effort had been halted for much of the weekend amid growing worries about the building’s stability, particularly with the approach of a tropical storm. The still-standing portion of the building was leveled in a controlled explosion on Sunday night. Rescuers have now accounted for 191 residents; 117 remain missing.

On the ground: Residents who had fled their intact homes saw them erupt into a plume of dust in the demolition. Passports, wedding rings and yellowing photographs that were the last tangible reminder of long-dead relatives had been left behind.

Related: The collapse of Champlain Towers South has prompted a review of hundreds of older high-rises in South Florida. Some buildings ignored or delayed action on serious maintenance issues.

Lebanon is suffering through a financial crisis that the World Bank has said could rank among the world’s three worst since the mid-1800s. The country’s G.D.P. plummeted by about 40 percent, to $33 billion last year from $55 billion in 2018, the last full year before the crisis began.

Its currency has lost more than 90 percent of its value since fall 2019, and unemployment has skyrocketed as businesses have shut down. Imported goods that were once commonplace have become scarce.

The double blow of the pandemic and a huge, deadly explosion in the Beirut port nearly a year ago has made what was already a bad situation much worse, in a country that was once a cultural and financial hub and now hosts at least one million refugees from neighboring Syria.

First person: “I’m hopeless. I’m angry. I’m frustrated,” said Lynn Husami, a master’s student in Beirut. “It is getting worse, and we can’t do anything about it. I don’t know how we can fix all of this.”

The Vatican said Pope Francis was “in good general condition” after he had a three-hour operation on his colon. The disorder is relatively treatable and common. He is expected to stay in a hospital in Rome, above, for a week.

Officials in the Japanese resort town of Atami were still trying on Monday to locate more than 80 people after a mudslide in a residential area over the weekend left at least four people dead. See footage from the disaster.

Philippine troops found the last five dead in a plane crash in the country’s south, and two injured survivors died, raising the death toll to 52 in the military’s worst air disaster.

The national shame of the church-run residential schools established by the government to assimilate Indigenous children is again dominating the conversation in Canada.

An Iranian couple have confessed to murdering and dismembering their son, years after killing a daughter and her husband. They have not shown remorse.

In Hawaii, one of the wettest places on the planet, shifts in rainfall, invasive grasses and a housing shortage are driving a wildfire spike.

As scientists find more tattoos on preserved remains from Indigenous cultures, artists living today are drawing from them to revive cultural traditions.

Maya Sialuk Jacobsen, who spent her childhood in Greenland, worked for a decade as a Western-style tattooist before realizing that her Inuit ancestors had also been tattooists, albeit of a very different nature. Today, she researches and hand-pokes traditional Inuit tattoo designs, helping people to connect with their ancestors and reclaim a part of their culture.

After last year’s event was canceled because of the pandemic, the Cannes Film Festival begins today in the south of France. The festival, ordinarily held in May, will run until July 17. It represents a major step toward normality for the battered film industry and the region’s recovering tourism businesses.

Still, not everything will run as it does in a typical year. Masks are required at festival events, and attendees must be fully vaccinated or tested every 24 hours. Capacity is somewhat reduced, with 28,000 attendees compared with the usual 35,000 or so. And the city of Cannes is not as it once was, with some stores and restaurants having succumbed to the pandemic’s economic blow.

Sean Penn and Wes Anderson are among the headliners in the running for the Palme D’or. In “Flag Day,” Penn, who is also the director, plays a con man, while Anderson’s “The French Dispatch” stars Timothée Chalamet.

Other big-ticket directors to look out for include Nanni Moretti of Italy; Paul Verhoeven of the Netherlands; Leos Carax and François Ozon of France; and Asghar Farhadi of Iran, who directed the Oscar-winning “A Separation.” Some films were selections for the canceled 2020 event that are now being screened for the first time.

This Bangladeshi-style chicken korma is gently spiced and enriched with yogurt instead of cream or nuts, resulting in a light, bright sauce.

“The Secret Life of the Savoy,” by Olivia Williams, is a thorough and entertaining account of the palatial London hotel.

“Milestone,” about a long-haul trucker in Delhi facing a major midlife crisis, is one of our movie recommendations from around the world.

P.S. The New York Times for Kids is expanding its team.

The latest episode of “The Daily” is about the conversation around critical race theory in the U.S.