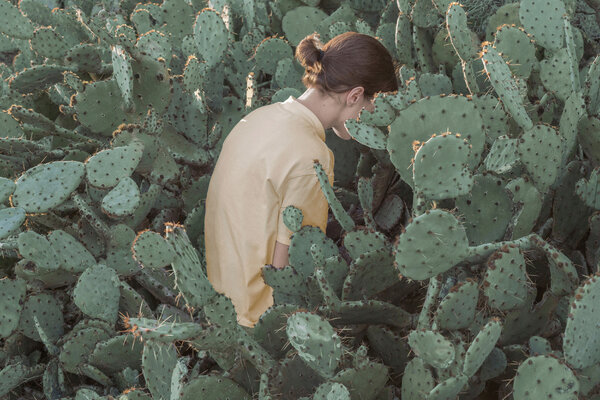 I thank David Brooks for calling attention to “lookism,” or bias against the ugly. While lookism is certainly an injustice, it is here to stay. After all, claiming that one has been harmed by lookism is an admission that he or she is ugly, and who wants to admit that?

The victims of lookism will be largely unwilling to fight it.

Yet if those harmed by lookism are unwilling to claim their victimhood, then the anti-lookism movement will lack committed leaders. Without them, it is difficult to envision the shift in social norms that Mr. Brooks calls for.

David Brooks writes of a hypothetical manager and a hypothetical female employee: “If he fires her because her skin is pockmarked and he finds her unattractive, well, we don’t talk about that much and, in most places in America, there is no legal recourse.”

As a retired employment law lawyer who tried multiple cases of discrimination, I don’t agree that the woman in this theoretical case would have no legal recourse in most places in America.

David Brooks correctly points out the economic advantages more attractive people have, but where does it begin: before they get hired, promoted, even celebrated?

It’s long been known that teachers give extra attention to the cutest in a class. How can one quantify how much that early appreciation contributes to students’ desire to achieve? The incentive to continue receiving admiration may have some unpleasant results, but for most, I believe, these chosen children will be more comfortable socially, verbally and emotionally — hence more desirable candidates for jobs.

Also, one important step to economic success: Marry it! Wealthy women, as well as men, tend to favor more attractive partners, not just for the enhanced, quotidian pleasure of beauty at breakfast, but for the prospect of having the most handsome offspring.

Many injustices can be fought against, but the right to choose is not one. In my opinion, it’s easy to recognize unfairness, hard to rectify this one.

David Brooks adds one more category to the long list of “isms” that we must all be aware of. I must first say that I find the word “ugly” repellent and that I am not attracted to people who use this word to describe other people. But we are surely on some sort of slippery slope here.

I prefer people who smile. Am I guilty of “frown-ism”? I am attracted to people who like music. Is this “tone-deaf-ism”? People who laugh are attractive to me. Is this “humorlessness-ism”?

Is there no end to this categorization of things that people may like but must avoid liking because someone thinks that they should not like them? And who are you to say that I am ugly?

David Brooks claims that beauty provides an advantage. What he does not see is that being beautiful can sometimes backfire.

I was the chubby girl with pimples. I saw how the pretty girls got the boys, the part in the plays and much more.

But by my late 40s, the tide had turned. I had to work much harder than those for whom life came easier. As a result, I was running a successful business while those once-pretty women knew very little about technology and had few valuable skills.

Since I had to spend years learning to stay in shape, I am fit, while many of them are now overweight, with little ability to control themselves.

As the saying goes, life is what you make of it. It is certainly not determined by one’s fleeting beauty.

David Brooks is rightly upset that an employer can fire a worker simply for his or her looks. One solution? Workers should join or form a union, as one of the most common protections of a union contract is that any discipline of a worker, including firings, must be for “just cause.”

Mr. Brooks can use his influence as a columnist to agitate for laws and regulations that make it easier for unions to organize.

Robert Shaffer
Mechanicsburg, Pa.
The writer has served as secretary of the American Federation of Teachers Local 3882 and of the Shippensburg University chapter of the Association of Pennsylvania State College and University Faculty.

Surviving a Miscarriage: Don’t Add to the Suffering

Re “Miscarriage Need Not Be Like This,” by Amanda Allen and Cari Sietstra (Opinion guest essay, June 23):

I am a physician, a mother and a woman who has endured miscarriages. Miscarriage is not only a painful physical process but also often involves great emotional devastation. For most women, the minute they learn that they are pregnant, they don’t imagine a fetus; they see a baby.

The loss of that baby should not be compounded by medication restrictions that can prolong the physical pain and emotional suffering associated with losing a baby and potentially exposing women to surgical complications.

Mifepristone and misoprostol should be easily available to women who need the drugs. Optimal medical care should be free of any political pressures; women are capable of making their own moral and medical choices.

Mary Lake Polan
New Canaan, Conn.
The writer is a professor of clinical obstetrics, gynecology and reproductive sciences at the Yale University School of Medicine.

Diversity in the Military: The Pentagon Can Do Better

For a country that thrives on diversity, it shouldn’t be controversial for its military to prioritize looking like the population it protects. How can we expect to recruit the best talent if the military does not promote diversity and inclusion?

Racial and ethnic minorities make up about 40 percent of military members, and 15 percent are women. And when these service members leave the military and become veterans, the success of their transition depends on how they are received by their communities.

A study from the Center for a New American Security showed that minority veterans do better than their civilian counterparts in areas like health insurance coverage, but that racial and ethnic health disparities persist in the veteran community.

Systemic racism is certainly not new in America or in our military, but neither is the Pentagon’s ability to assuage it.

If we intend to progress as a country, culture change in the military is long overdue.

You write that Vice President Kamala Harris has been put in charge of “addressing the root causes of migration” and that she said, “You can’t just react to a problem without solving it at its roots.”

There is no way to solve this “problem.” It is certainly good to help less developed countries by giving them economic aid, but it will not change the situation regarding the desire for migration.

Joseph Grinblat
Forest Hills, Queens
The writer was the chief of the Migration Studies Section in the Population Division of the United Nations.