Germany 'nervous' about being 'too close' to UK says Adler

BBC’s Europe Editor Katya Adler told Newscast that Angela Merkel, who visited the UK last week, is conscious that collaboration with the UK may send off an unintended message that leaving the European Union is a viable thing to do. Katya Adler explained Angela Merkel’s main focus is not to “punish” the UK for Brexit but to deter other nations from following in their footsteps. Ms Adler explained it was a “delicate dance” Ms Merkel had to play as there still plenty the two nations still work on despite the UK leaving the EU.

Speaking on BBC’s Newscast, Ms Adler said European Union members once saw Ms Merkel as “the queen of Europe” due to her long-standing support for and power over the bloc.

The BBC journalist said Ms Merkel would do whatever she could do to maintain the unity of the European Union and has local pressure from voters and other German political leaders to maintain the cohesion of the EU.

Ms Adler said: “I’d say that throughout those really difficult [Brexit] negotiations that I covered in so much detail, there has been a loss of trust between the political class in Germany and in the UK.

“But while that’s absolutely the case the two sides sort of have an interest in having good relations. 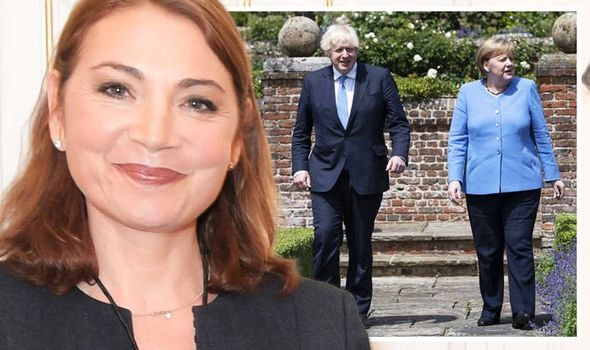 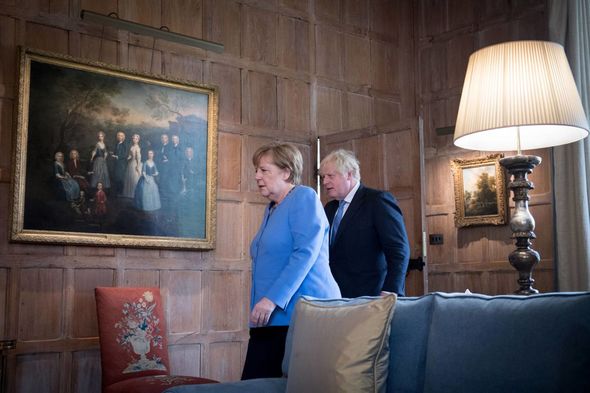 “Business, political all sorts in the foreign policy stage, don’t forget that along with France, Germany, the UK and France are the main countries that are crucial to the Iran nuclear deal if that is going to survive.

“Germany in the UK, massive interest in climate change.

“Just imagine if the Greens become the biggest party after the next election here which is definitely possible.

“NATO also of massive interest to both sides, terrorism, artificial intelligence so you know there are lots of issues bilaterally that keep the two sides together and talking. 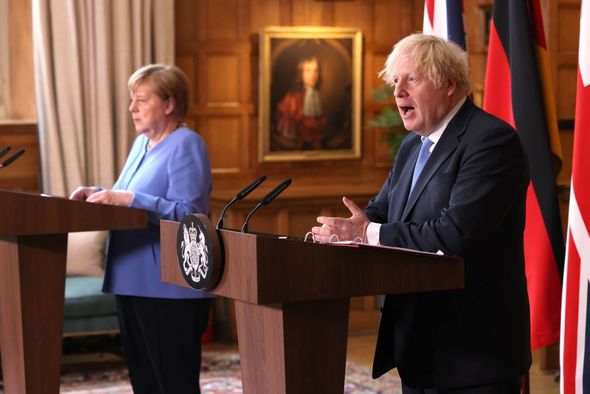 “But the Germans are nervous if you like, of being too close if they feel that, at the expense of EU cohesion.

“So you know that is a dance, a delicate dance that will have to be made in the coming years.”

Ms Adler discussed earlier in the programme that German politicians are less interested in punishing Britain but in ensuring a domino effect in Europe does not happen which breaks up the bloc. 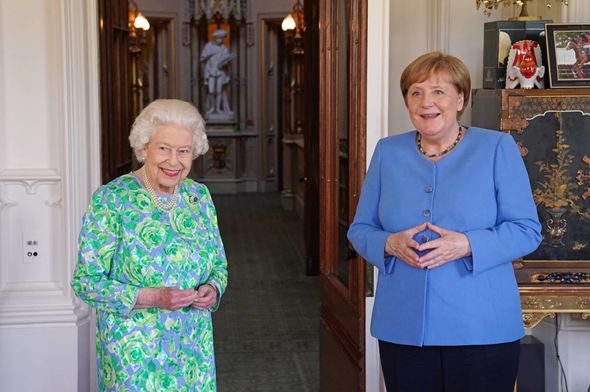 Germany has placed the UK on its “variant country of concern” list which means any travellers entering Germany from the UK are required to quarantine for two weeks regardless of vaccination status.

Ms Merkel had hoped, with the backing of France, to encourage other European nations to adopt the same policy over fears the dominant Delta variant could have a tighter grip on the continent.

Countries like Greece and Spain, which rely heavily on British tourism, fought back against the plans.

Ms Merkel announced during her visit it could be likely for double vaccinated travellers to enter Germany without needing to quarantine “in the foreseeable future”.

She explained the travel policy was constantly under review and Germany was now getting familiar with the Delta variant which is increasing its presence in the country.