The former director of strategy for Tony Blair criticised Mr Johnson over his failure to follow the Nolan principles in his response to Mr Hancock’s breach of the coronavirus rules. He suggested the Prime Minister failed to discipline those in his Cabinet who had broken the rules.

Mr Campbell told BBC Newsnight: “There are really, really important principles at stake here. There are principles that are meant to govern public lives, the Nolan principles, and I think Johnson fails on all of them.

“And maybe he leads by example in breaking all those rules as regularly as he does.

“He gives permission to people like Priti Patel to break the ministerial code and get away with it, Michael Gove to break the law and say it doesn’t matter, Hancock to do the same.” 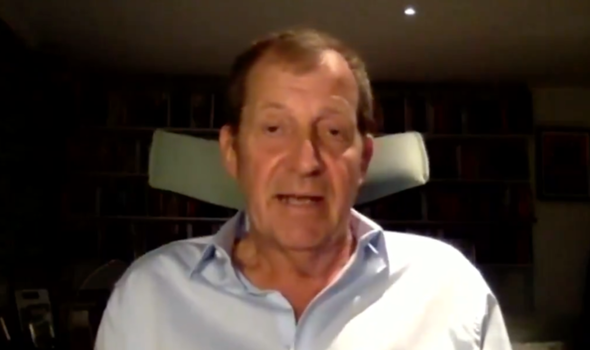 Viewers of the programme took to social media platforms to continue the debate on whether Mr Johnson had dealt appropriately with the Matt Hancock affair.

One person wrote: “I did have some unpleasant arguments with Alistair Campbell.

“I think I have to agree with him just now.” 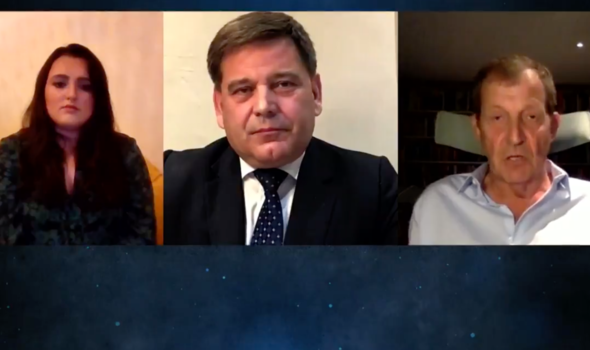 Another viewer added: “Is this once again history repeating itself. John Major’s government were buried by sleaze and corruption which pales alongside what is happening now.

“Trouble is that large parts of the British public are now accepting that this is their new and acceptable norm.”

A third person seemed to disagree with Mr Campbell’s remarks, writing: “Why Newsnight chooses Campbell, of all people, to let forth on the moral compass of others is beyond me!

“Can anyone help me understand?”