Nigel Farage details ‘bust up of epic proportions’ in EU

Nigel Farage warned the Netherlands has been leading attempts to reign in Hungary over its latest anti-LGBTQ law. Mr Farage has predicted the row will intensify over the coming weeks amidst threats from fellow member states to push for the withdrawal of the nation from the union. Hungary is now likely to face a legal challenge at the EU’s highest court.

Luxembourg Prime Minister Xavier Bettel said Budapest should also be subject to an as-yet untested procedure to cut EU funding for those who violate democratic rules.

Seventeen leaders from across the UK, including Mr Bettel and Italian Prime Minister Mario Draghi, signed a letter earlier this week in support of LGBTQ+ rights.

The leaders said they remained committed to “fighting against discrimination towards the LGBTI community,”

In power since 2010 and facing an election next year, Orban has become increasingly conservative and combative in promoting what he says are traditional Catholic values under pressure from the liberal West. 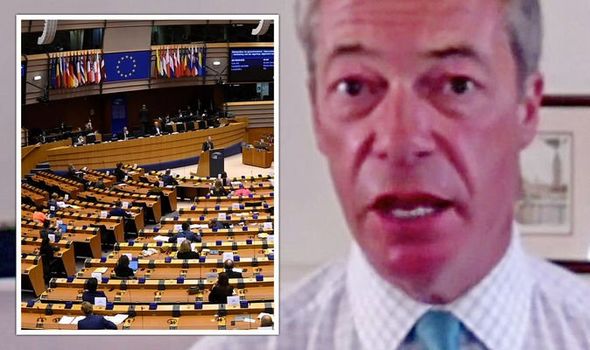 He told reporters before the closed-door meeting that the law was not an attack on gay people but aimed at guaranteeing parents’ right to decide on their children’s sexual education.

The EU is pushing Orban to repeal the law – the latest in a string of restrictive policies towards media, judges, academics and migrants.