EU officials are mulling over proposals forcing UK tourists to quarantine upon arrival in the bloc due to rising coronavirus cases. After Brexit on January 1, the bloc and UK have experienced strained relations.

The Prime Minister will meet with German Chancellor Angela Merkel next week to discuss the proposals.

Mr Johnson will try to convince her against forcing British tourists to quarantine – after the Chancellor took a hardline stance against holidaymakers.

Ms Merkel will be visiting the UK and is expected to discuss the global response to coronavirus with Mr Johnson.

The two leaders will also discuss post-Brexit relations between the UK and Germany. 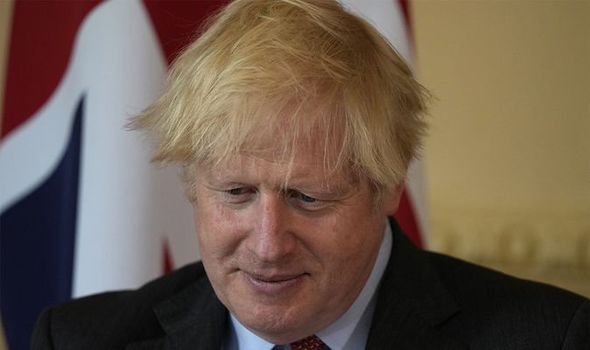 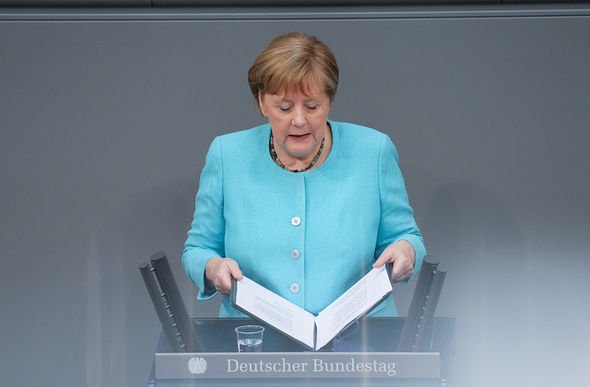 Ms Merkel caused outrage in the UK when she called for all EU member states to follow Germany’s lead in forcing Brits to isolate.

She told Germany’s parliament: “In our country, if you come from Great Britain, you have to go into quarantine – and that’s not the case in every European country, and that’s what I would like to see.”

The Chancellor then repeated her calls at an EU summit in Brussels on Thursday, saying: “I will lobby for a more co-ordinated approach, particularly with regard to entries from regions where virus variants abound.”

In Germany, the Delta variant makes up about 15 percent of new cases, according to its disease control agency. 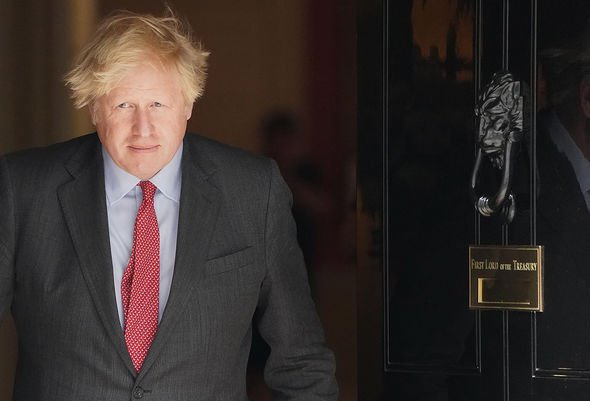 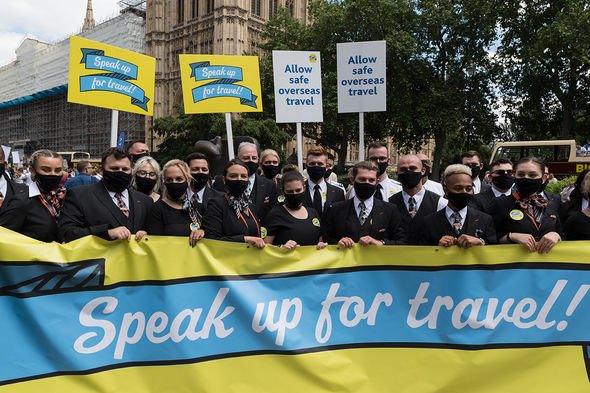 He said: “We must all be vigilant because the much-talked-about Delta variant is coming, which spreads much more rapidly than the other variants and affects people who are not vaccinated or who only have had one dose.

“For me, one of the issues of discussion is to be really taking co-ordinated decisions in terms of opening of borders to third countries and on recognising vaccines because at this stage we have to limit this to the vaccines that have been approved by the European medical authority.”

However, Kyriakos Mitsotakis, Greece’s Prime Minister, blasted the pair and insisted Germany and France should focus on their own vaccination rollout.

He said: “I think it is understandable if you are in Germany…and you have yet to reach the level of vaccination that we have seen here or in Malta, that you’re going to be more concerned.”

He later told Times Radio: “I don’t think there will be an EU-wide policy.

“Malta clearly is not going to restrict British travellers because Malta has very high vaccination rates.” 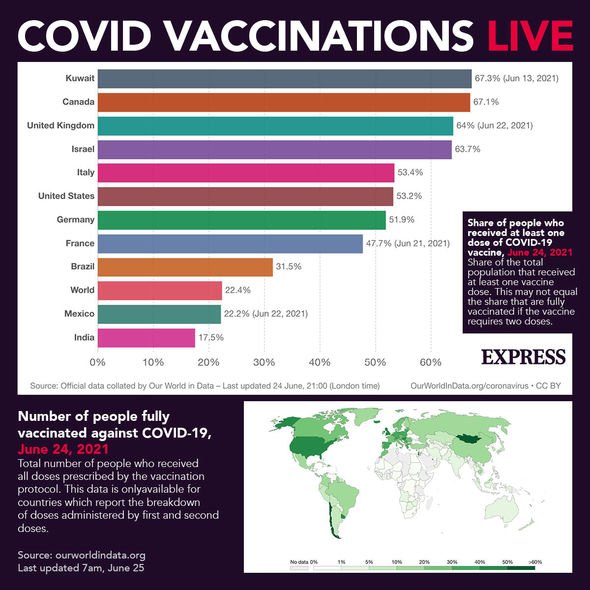 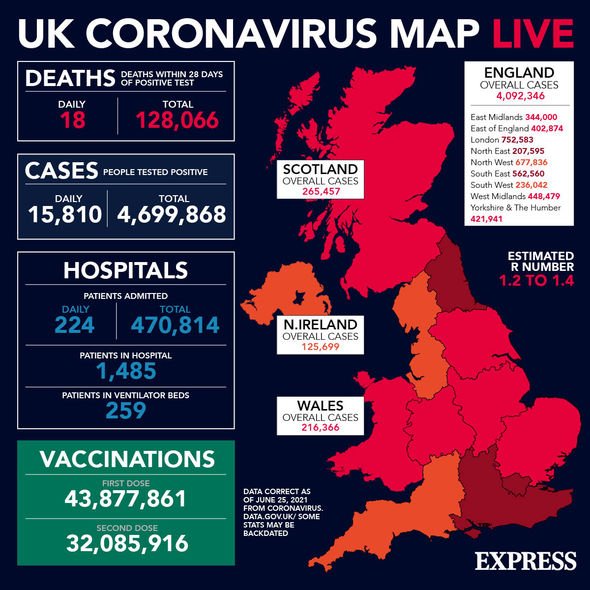 June 25 saw 15,810 cases, 18 deaths within 28 days of a positive coronavirus test and a further 224 people admitted to hospital with the virus.

Another 221,534 first doses and 177,813 second doses of coronavirus vaccine were administered on Thursday.