Questioning Lord Frost on relations between the UK and EU, Labour’s Baroness Hayter called on the Government to honour the commitments it made under the withdrawal agreement in 2019. Frictions over the implementation of the Northern Ireland Protocol have led to a number of public rows since January.

The UK has accused the EU of being “purist” in its implementation of the agreement and said the Protocol is “unsustainable” in its current form.

But the EU has demanded the mechanism be implemented in full, warning Britain would be breaking international law if it fails to fully co-operate on the treaty.

Quizzing Lord Frost this afternoon, Baroness Hayter said: “Perhaps the minister could explain to the House how the deal that he negotiated and advised the Prime Minister to sign has led to quite such a ‘bumpy ride’?

“And, whether he can persuade the Prime Minister to heed Mr Barnier’s advice to respect his signature on the withdrawal agreement?” 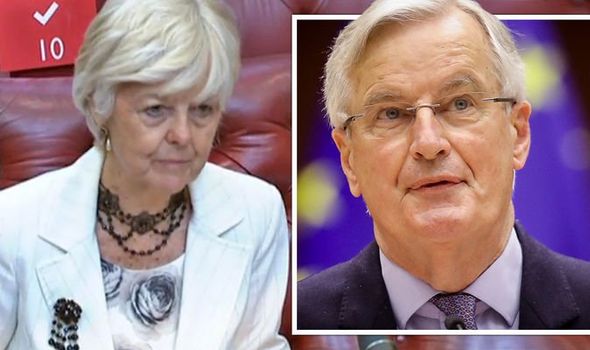 Earlier this month Mr Barnier, who negotiated the withdrawal agreement on behalf of Brussels, warned the UK’s reputation was at stake if it did not implement the Protocol in full.

He told France Info radio: “The United Kingdom needs to pay attention to its reputation.

“I want Mr Johnson to respect his signature.”

Responding in Labour’s questions in Parliament, Lord Frost said there needed to be more “pragmatism and proportionality” from the EU.

He added Brussels needed to show more flexibility in its approach to the Protocol if the two sides were to have a thriving relationship in future.

The Brexit minister said: “The difficult is, we did something pretty exceptional as a country in the withdrawal agreement as a country, which was to agree that goods could be controlled in a particular way as they moved within our own country. 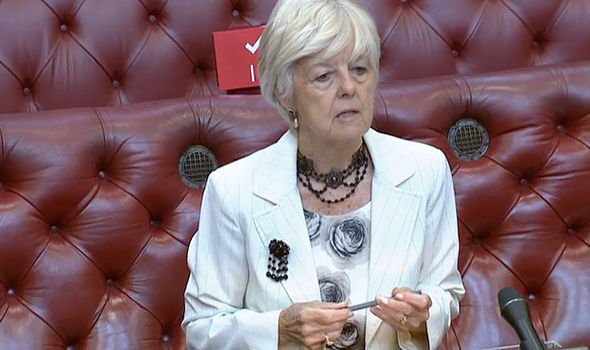 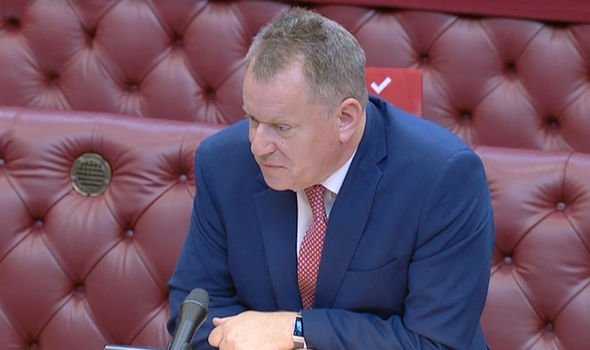 “Self evidently that is something that can only happen if it is applied with a degree of delicacy and pragmatism and proportionality which unfortunately we’re not seeing today.

“That is the core of the difficulty and if we can re-establish the balance that’s there we should be able to find a satisfactory way forward.”

Lord Frost has held a series of talks over the Protocol with his EU counterpart Maroš Šefčovič in recent weeks to find a breakthrough on the Protocol.

The UK has submitted a series of suggestions on how to make the mechanism work better for both sides. 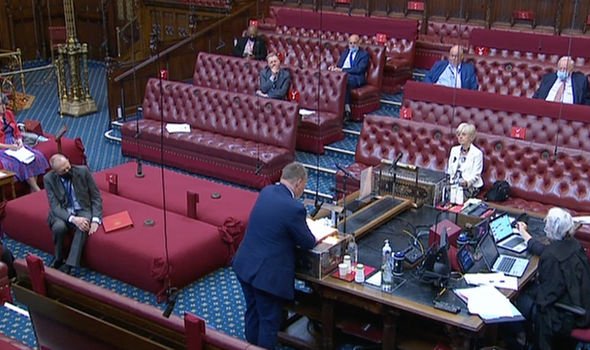 While stalemate remains on the issue, both he UK and EU have tried to restore trust in talks.

Earlier this month, the Government asked Brussels for permission to extend the grace periods on some customs checks due to come into place at the end of the month.

The move was in contrast to earlier in the year when ministers took unilateral action to delay the implementation of checks.

In response, the EU is understood to have agreed to grant the extension.