The residential high rise collapsed early on Thursday morning, killing at least one person amid fears survivors may be stuck under fallen debris. A 10-year-old boy has been pulled from the wreckage by emergency workers according to CBS Miami amid a major rescue operation by Miami-Dade firefighters and first responders. Shocking footage has now emerged of the moment the multi-storey building crumbled to the ground.

The middle section of the structure can be seen sheering away from the rest of the flats in a catastrophic collapse.

A thick cloud of dust and debris can be seen thrown up by the falling masonry.

Seconds later a second portion of the complex also falls. 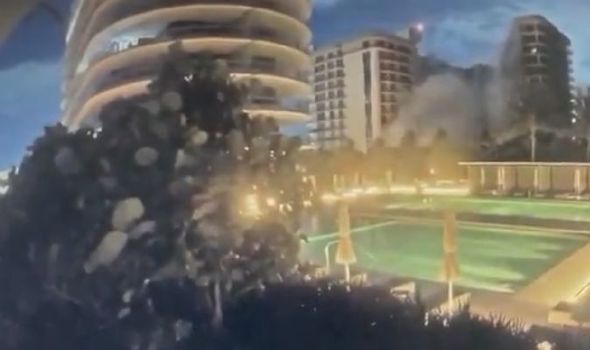 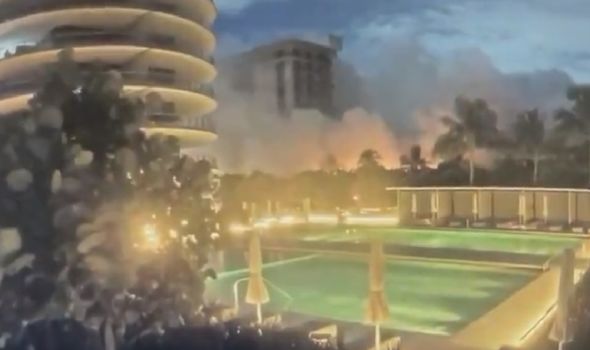 Mr Burkett added: “I think that this is a catastrophic failure of that building.”

“I mean it looks like a bomb went off, but we’re pretty sure a bomb didn’t go off.”

The Mayor also told confirmed at least 10 people had been treated for injuries at the scene.

Meanwhile, the nearby Aventura Hospital announced three patients had been recieved, including two in critical condition.

Mr Burkett added: “When the building came down, it pancaked.”

The mayor continued: “So there’s just not a lot of voids that they’re finding, or seeing from the outside.

He also praised the efforts of firefighters, saying: “The Miami-Dade Fire Department has been awesome. They’ve gotten in there and they’re in there risking their lives. I mean we don’t know if the rest of that building’s gonna come down.”