An agreement will give greater access to some of the world’s biggest economies as well as those on the rise in an area with a population of half a billion. Boris Johnson said joining will “open up unparalleled opportunities for British businesses and consumers in the fast-growing Indo-Pacific. The Prime Minister said: “It’s an exciting opportunity to build on this country’s entrepreneurial spirit and free-trading history to bring economic benefits across the whole of the UK.”

The bloc is made up of 11 countries including Australia, Canada, Japan, Malaysia and New Zealand.

Exports to CPTPP nations are set to increase by £37billion by 2030 and the deal would increase that by at least £3.3billion. A deal would lower tariffs on goods like cars and whisky and open up new markets for UK farmers.

Ms Truss said: “This part of the world is where Britain’s greatest opportunities lie. We left the EU with the promise of deepening links with old allies and fast-growing consumer markets beyond Europe, and joining the high-standards Trans-Pacific Partnership is an important part of that vision.

“Membership would help our farmers, makers and innovators sell to some of the biggest economies of the present and future, but without ceding control over our laws, borders or money.” 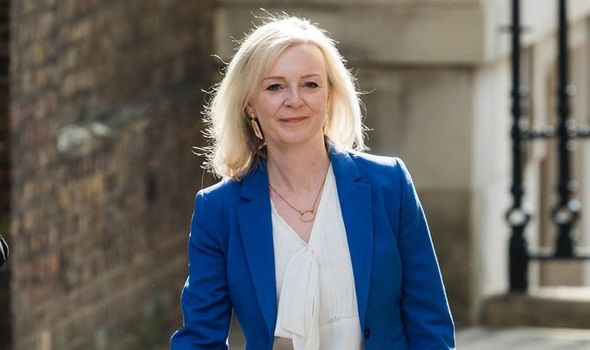 Nearly two-thirds of the world’s middle classes are expected to be in Asia by 2030 and the trade bloc is expected to grow to include the Philippines, Thailand, Taiwan and South Korea.

The bloc will account for 25 percent of global import demand for meat by the end of the decade, giving British farmers new markets.

Membership should mean tariff-free trade for 99.9 percent of all exports.

It would also make it easier for UK firms to sell services digitally and expand overseas.

Miles Celic, chief executive officer at TheCityUK said: “Being part of the CPTPP would give UK firms greater access to one of the fastest growing populations of middle-class consumers in the world.

“This economic shift will increase demand for the financial and related professional services and products in which the UK excels.”