This week, a US court cancelled the executions of convicted killers Brad Sigmon and Freddie Owens, because officials had failed to give them an adequate choice in how they died.

Both had been destined for the electric chair, but the South Carolina supreme court ruled that a firing squad had to be assembled so that the two murderers could instead be given the option of being shot.

The method of execution has long been a bone of contention for opponents of the death penalty. lethal injections, long seen as the most humane method, were called into question after the botched execution of Dennis McGuire in 2014.

McGuire struggled to breathe, choking audibly for at least 10 minutes, according to witnesses.

Overall, it took over 25 minutes for McGuire to die, although the authorities had expected the injection of a strong sedative and a morphine derivative to kill him in under eight minutes.

McGuire had been sentenced to death for the 1989 kidnapping, rape, and murder of 22-year-old expectant mother Joy Stewart.

He had been serving time for an unrelated crime when, in December of that year, he asked to speak to police saying he had information regarding a murder.

McGuire told investigators that his brother-in-law, Jerry Richardson had killed Joy and provided a number of details about the killing that had not been public knowledge at the time.

He revealed graphic details about the sexual attack and detailed the exact nature of the cuts across Joy’s throat that ended her life.

However, Richardson was exonerated on DNA evidence and forensic scientists established that the sperm found in Joy’s body was McGuire’s.

On December 8, 1994, McGuire was found guilty of murder, rape, and kidnapping.

It wasn’t until Thursday, January 16, 2014, that the execution took place. The 24-minute execution was a "failed, agonising experiment by the state of Ohio," according to Allen Bohnert, who led McGuire’s defence team.

McGuire had eaten a last meal of roast beef, fried chicken, fried potatoes with onions, potato salad, along with a toasted onion bagel with cream cheese, butter-pecan ice cream, and a Coke.

He was injected with the experimental cocktail of drugs just before 10:30 am, through intravenous lines placed in his arm.

Priest Lawrence Hummer, who took Catholic McGuire’s final confession, said: "That was unsettling. From what I could observe they seemed to find it hard to get insert the IV and there seemed to be blood coming from his right arm." Around three to four minutes later, McGuire started struggling and gasping loudly for air, making snorting and choking sounds which lasted for over 10 minutes.

Hummer told The Guardian: "Over those 11 minutes or more he was fighting for breath and I could see both of his fists were clenched the entire time. His gasps could be heard through the glass wall that separated us."

He added: "Towards the end, the gasping faded into small puffs of his mouth. It was much like a fish lying along the shore puffing for that one gasp of air that would allow it to breathe. 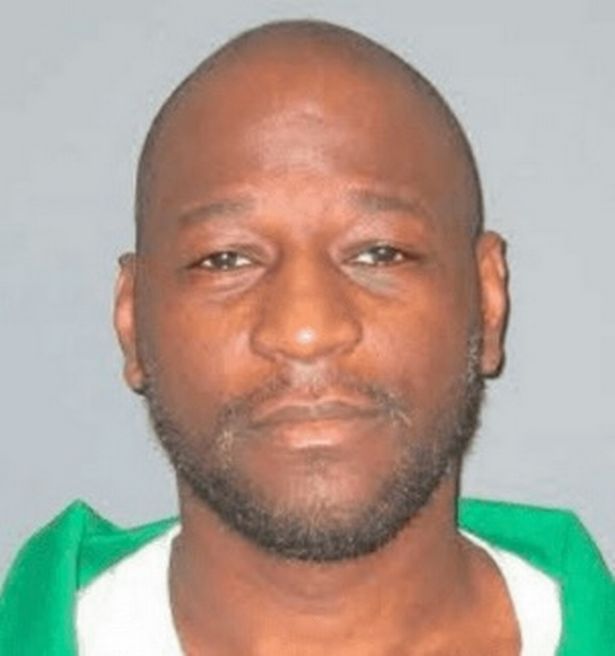 However, for the final six or seven minutes, before he was pronounced dead, McGuire was still.

McGuire, 53, died from an injection of midazolam, a sedative, and hydromorphone, a product of morphine. The lethal cocktail, never before used in the US, had been chosen by the Ohio authorities because the manufacturers of pentobarbital, the drug previously used, had refused to sell it for executions.

Expressing his horror at the "inhumane" method of execution, Hummer says that his heart went out to Joy Stewart’s family, saying: "I don't see how his death will bring them peace. All it means is that they witnessed somebody else die."